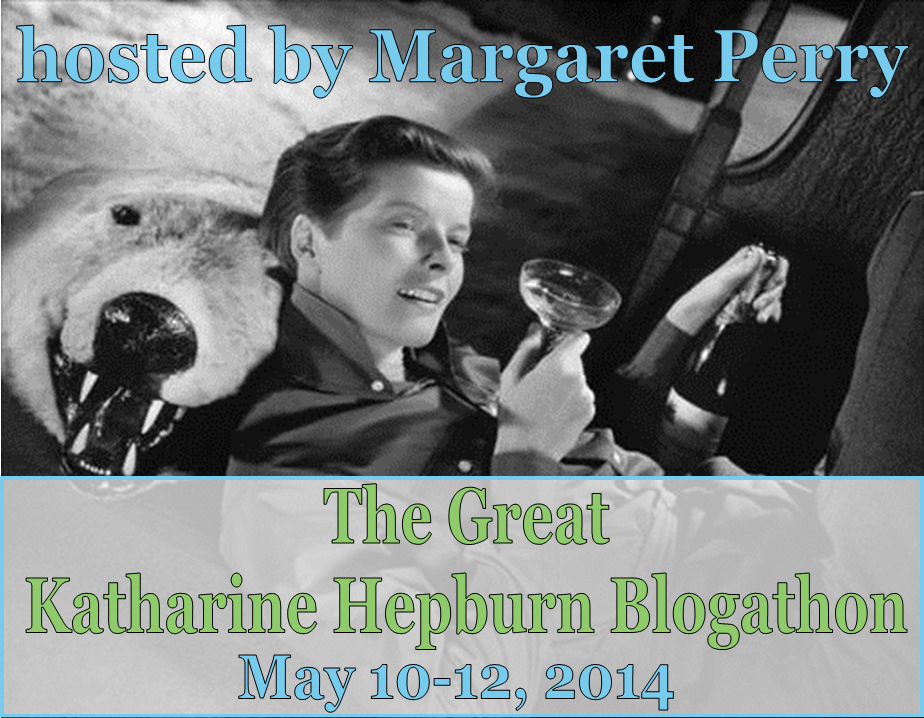 Young Katharine Hepburn is a glorious creature, a perfect combination of brains and beauty, but old Katharine Hepburn is the version that really gives me hope. Even when I was young I loved this weathered, grayer version of the iconic star; I grew up around older people and found them familiar, comfortable in their own skin, and inspiring because of their experience and tenacity. I still feel that way today, which is why I spend my time volunteering for lifetime learning programs. Older people are full participants in the human experience, although our popular and movie cultures often seem to think that the world belongs only to the young. Released in 1975, when Hepburn was 68 years old, Rooster Cogburn (1975) offers a welcome antidote to our collective obsession with youth, with two aging stars giving richly nuanced performances. Katharine Hepburn and John Wayne, as opposite one another as any two actors could be, prove to us that the later years of our own lives can be as adventurous, romantic, and meaningful as we choose, even if we don't find ourselves facing down desperadoes on the American frontier. 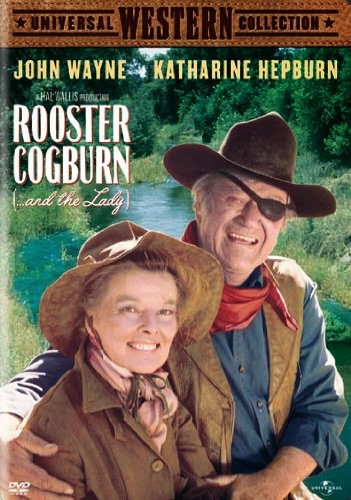 The movie is ostensibly a sequel to True Grit (1969), with Wayne reprising his Oscar-winning role as the cantankerous lawman, Rooster Cogburn. Hepburn plays yet another determined female who horns in on Cogburn's mission to bring killers to justice; like Mattie Ross in the original film, Eula Goodnight is looking for the man who murdered her father. Unlike Mattie, Eula is a Yankee spinster of advanced years who possesses a wry sense of humor. She baffles and fascinates Rooster, and a chaste kind of love blooms between them as they struggle to complete their task and survive a series of deadly encounters.

Hepburn's Eula has a lot in common with her Rose Sayer character in The African Queen (1951), but Miss Goodnight is far better prepared for the dangerous wilderness she inhabits; she seems far more at home on the frontier than we find Rose in her African village. A good rider and an excellent shot, Eula irritates Rooster with her morality but quickly earns his respect. She proves her fortitude and courage repeatedly, especially when the villainous Hawk (Richard Jordan) and his gang attack the small posse. Hepburn is utterly believable in the role; she has the grace and carriage of a lady as well as the fierce independence of a pioneer. She invests Eula with so many of the qualities that we associate with Hepburn herself: intelligence, passion, confidence, and humor. We understand why Wayne's Rooster finds her an irresistible force.

Wayne was also 68 the year Rooster Cogburn was released, but unlike Hepburn he had only a few more years to live. He would die in 1979, while Hepburn endured until 2003, almost a quarter of a century longer. Both show their ages in the film, but despite his greater size Wayne is actually the frailer of the pair. Perhaps that mellows his persona a bit; he seems content to share an amiable, bickering chemistry with his leading lady. Of course, Wayne had plenty of experience with fiery redheads as costars; his films with Maureen O'Hara were proof that he worked well with that kind of onscreen pairing. Hepburn is also mellower; despite deep differences in their political views, she really seems to glow with warmth toward Wayne, at least on screen.

I won't argue that Rooster Cogburn is among the best pictures either star ever made, or even that it is a great film. It has its flaws, and it arrived at a point in movie history when the Western was on its way out. Rooster Cogburn is, however, a great testament to the enduring appeal of its two stars; it speaks to us of aging proudly, defiantly, and with courage. Critics at the time might have complained that Hepburn and Wayne were too old for their roles, but I think they are perfectly cast. Like Rooster Cogburn himself, they can still outcrow anything in the barnyard. I hope I'm half as grand as that in 2040, when I wake up and find that I, too, am 68. Maybe I'll watch Rooster Cogburn to celebrate.