From Victim to Vamp: Revising Mina Murray in The League of Extraordinary Gentlemen 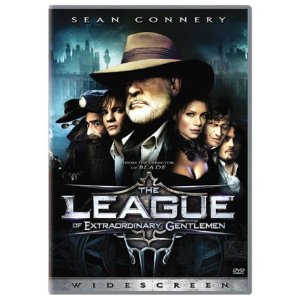 Bushwhacked by the Nightmare Native: The Western Roots of Firefly's Reavers 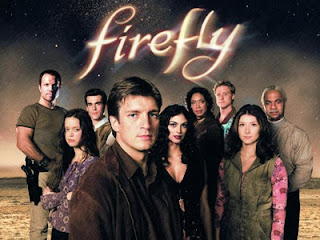 In Finding Serenity, Lawrence Watt-Evans likens Firefly's Reavers to the legendary sixteenth-century cannibal, Sawney Beane, thus linking Joss Whedon's space-roaming savages to a rich tradition of bogeymen and monsters who symbolize the dangers of the uncontrolled id. At the conclusion of his essay, Watt-Evans asks the question, "and just who are the Reavers, then? ...Androids, perhaps? Madmen? Criminals offered amnesty if they survive?... Who's out there?" (28) In the context of Firefly as Western, the answer to Watt-Evans' question is obvious: on the edge of the frontier, where settlers stake their claims and outlaws ply their trade, there are always the Indians. With their ritualistic self-mutilation, pack behavior and barbaric practices, the Reavers embody the most paranoid images of the native Other that colonizing whites could devise. The image of the Indian as predatory savage stretches back far into the roots of the Western's development, beyond the first actual films and novels of the genre to the original tales of the blood-stained American frontier, the popular and often propagandist Indian captivity narratives that appeared from the seventeenth century until the end of Western expansion. Thus, the Western roots of Firefly's Reavers can also be traced back to these early texts, and we can see in them the images and ideologies that have developed over the centuries to give the Reavers their unnervingly familiar and deeply disturbing presence on the series, in the film, and in our collective imagination.
The Firefly episode "Bushwhacked" brings these connections into focus particularly well because it features many of the same conventional elements of the early captivity narratives, and it also parallels later Western films that share the continuing obsession with the idea of Indian captivity and its effects. To illustrate the connections between the Reavers and Indians as whites imagined them, I will look at "Bushwhacked" in conjunction with two specific texts, Mary Rowlandson's 1682  account, A True History of the Captivity and Restoration of Mrs. Mary Rowlandson, and John Ford's 1956 film, The Searchers. In their representation of the Reavers, particularly in “Bushwhacked,” Joss Whedon and the Firefly writers borrow heavily from the conventions of these works to create a nightmare version of the native, but they also alter the image in order to make the Reavers an appropriately modern symbol of an expanding civilization's deepest fears. 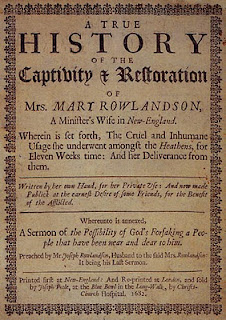 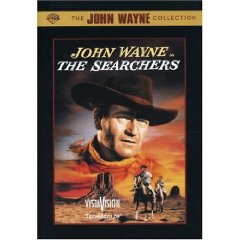 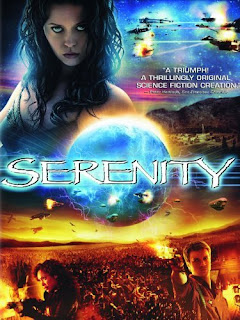 The irony of Mal's cynicism being validated in "Bushwhacked" is just one of the ways in which the television episode revises the material of texts like the captivity narratives and The Searchers in order to make it speak to a modern audience. The Reavers borrow their ideological trappings from the negative images of Indians that these texts depict, but the Reavers are not, of course, actually Indians. The captivity narratives and Westerns of yesteryear have to be read by a modern audience with a troubling awareness that the images presented are biased, racist stereotypes that demonize the unfamiliar Other in order to justify colonialist invasion and usurpation. Nobody would make a Western today that depicted Native Americans in this way; our cultural climate forbids such representation even to the point of banning sports teams from using certain names and images that might be seen as derogatory. By relocating the Western into space,  Whedon was able to harness the most powerful and visceral elements of the genre freely and without reserve. The revelation in Serenity that the Reavers are not really an Other at all, but merely our worst possible selves let loose, confirms the familiar argument that colonialism projects its darkest fears about itself onto the alien Other. On Firefly and in Serenity, the Reavers can be everything that earlier propagandist texts claimed that Indians were - brutal, savage, cannibalistic baby-killers without mercy or restraint - precisely because they are not, in fact, a separate group or race of any kind. This revision liberates the imagery from its racist foundation and allows Firefly to exploit it in ways that would be absolutely unthinkable in a conventional modern Western. The Reavers can be nightmare natives, truly monsters of the id, and in "Bushwhacked" we as a modern audience can experience all the terrors and horrific thrills of the captivity narrative and the classic Western without self-recrimination.
Ultimately, "Bushwhacked" functions as an example of Firefly's complex relationship with the Western and with frontier literature like the captivity narrative. By looking at texts like A True History and The Searchers in conjunction with the episode, we can see how deeply engaged with its generic heritage Firefly really is, and we can appreciate the program's efforts to recast the conventions of these earlier genres for a new audience. Understanding the Western roots of the Reavers and "Bushwhacked" allows us to make better sense of the Firefly universe and how its inhabitants act and think, but it also reveals the ways in which something as obscure as a prematurely cancelled, ostensibly "sci-fi" television show can tap into the same powerful images and emotions that have driven human beings for centuries, conjuring up the at once familiar and utterly alien threat of the insidious nightmare native, the baby-killing cannibal who bushwhacks us all in the black of our own subconscious.

NB: This paper was originally presented at the Slayage Conference in 2006. I have left out the Works Cited Page just to make it more difficult for someone to plagiarize the essay, but I'm happy to email the full list of references to anyone who wants them for a legitimate reason. Please note that this material is the academic property of the author, who reserves the right to enact Reaver vengeance on anybody who steals her stuff.
Posted by Jennifer Garlen at 8:22 PM No comments: