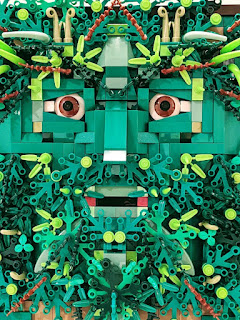 Here's another one of those moments where my literary, cinematic, and LEGO obsessions collide. In August I watched The Green Knight (2021), a modern revision of the iconic chivalric romance, Sir Gawain and the Green Knight, a story I've loved since I first read it as a student and then taught many times during my years as a college English instructor. I've had the story on my mind again ever since I watched the film, which inspired me to build this LEGO version of the Green Man for an upcoming show with my local LUG (LEGO User Group), TNVLC.

The Green Knight of the story is the most famous incarnation of the Green Man, a mythological figure who represents the natural world and is usually shown as a man's face surrounded by or even made out of vegetation. You'll find him everywhere in the UK, even in churches, but he appears in many different cultures going back as far as the 2nd Century. Here's an article about the Green Man on Historic UK if you want to read more. 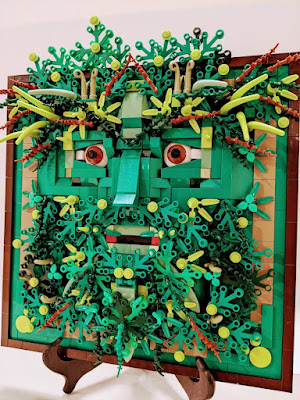 Posted by Jennifer Garlen at 2:02 PM No comments:

Every Christmas brings new holiday movies, especially with streaming services like Netflix cooking up batches of them like trays of cinematic sugar cookies, but the classics are those we return to year after year. They become beloved traditions in many families, and ours is no different. I know there's plenty of debate about what makes a "classic" or even what counts as a Christmas movie, but here are five favorites that my family revisits every year, along with lots of suggestions for other seasonal stories you might try. 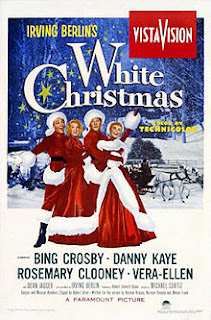 This musical delight starring Bing Crosby, Danny Kaye, Vera-Ellen, and Rosemary Clooney is THE family Christmas movie at our house. We usually watch it for the first time right after Thanksgiving, and we often make three or four viewings by the New Year. Everything about White Christmas is perfect Yuletide cheer, but at our house it's all about Danny Kaye, one of our favorite classic movie stars. "The Best Things Happen When You're Dancing" has nothing to do with Christmas but is so catchy and fun that I hum it for days after every viewing. Dean Jagger and Mary Wickes also help to make this movie the top pick on our nice list. If you're looking for more classic Christmas comedy, follow this one up with Christmas in Connecticut (1945) and Bachelor Mother (1939).

Here's another favorite that the whole family has to watch at least once, often on Christmas Eve. I'm a huge fan of A Christmas Carol in general - both the original story and its many adaptations - but this is my favorite of the lot. Gonzo makes a fabulous Charles Dickens, with Rizzo as his audience and sidekick, and Michael Caine is clearly having a ball as the miserly Scrooge. In spite of the Muppets in most of the roles, this film is surprisingly faithful to its source material and has some of the best Ghosts of Christmas in any production, especially the luminous and childlike Ghost of Christmas Past. I remember seeing this movie in the theater back in 1992, and I have loved it ever since. Make sure you watch the extended version with the restored scene featuring the song, "When Love is Gone," which was cut from the original theatrical release. The Muppets made several other Christmas specials, but for sheer delight follow this one up with Emmet Otter's Jug-Band Christmas (1977). 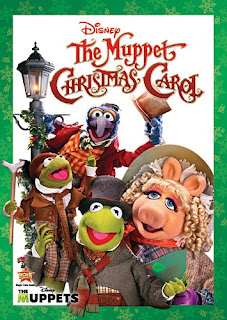 Bill Murray offered his own take on Scrooge a few years before the Muppet version, and this 80s tale of Christmas redemption holds up really well. The Ghosts played by David Johansen and Carol Kane always crack us up, and "Niagara Falls!" has become part of our family's extensive movie quote language. Richard Donner directs a fantastic cast that also includes Karen Allen, Bobcat Goldthwait, Robert Mitchum, John Forsythe, Buddy Hackett, and Alfre Woodard. It's by no means the first Christmas Carol adaptation you should watch, and it's not really for kids, but we come back to it every year and enjoy it all over again. For a behind-the-scenes story about Dickens' enduring tale, try The Man Who Invented Christmas (2017), which shows Dickens being haunted by his characters as he tries to write the book.

Speaking of highly quotable 80s Christmas movies, who can forget "You'll shoot your eye out" and "It's a major award!" This one rose on our family list over the years as our kid got older and fell in love with its wacky, nostalgic look at childhood yearning and misery. Now we watch it every holiday season and wait for our favorite scenes, most of which feature Ralphie's elaborate fantasies. "It was... soap poisoning!" Darren McGavin is a cranky delight as Ralphie's dad, and Melinda Dillon is wonderful as the long-suffering mother, but Peter Billingsley carries the picture as few child actors could. Be wary of showing it to little ones if you don't want to explain the "fudge" scenes, but for just about anyone else this is a surefire hit. They made a sequel to this picture in 2012, but I've never seen it, and on IMDB it only has a 3.3 rating. 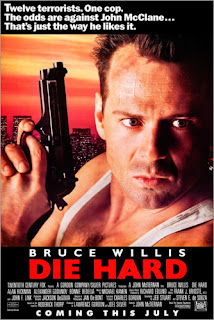 Yes, I know, some people insist that Die Hard isn't a Christmas movie, but it's a great choice for those who need an antidote to the sugary sweetness of most holiday fare. As the rest of this list proves, we're fans of somewhat perverse or at least comedic takes on Christmas, and this Bruce Willis action comedy delivers the quotable lines, humor, and Gen X sensibility that appeal to us at the holidays. It's lighter than The Long Kiss Goodnight (1996) and slightly more realistic than Gremlins (1984), both of which also tend to make our annual viewing schedule. Alan Rickman makes a brilliant film debut as Hans Gruber, and Bonnie Bedelia is excellent as the hero's almost ex-wife. If you want to explore the debate and pop culture surrounding Die Hard as a Christmas movie, check out the new Netflix film, Love Hard (2021), a rom com that takes its name from this picture and that much more romantic holiday hit, Love, Actually (2003).

This list only scratches the surface of the holiday movie genre, and there are dozens of films out there to suit different tastes and moods. What are your five favorite holiday films? Let me know in the comments!

Posted by Jennifer Garlen at 1:51 PM No comments: