I love Turner Classic Movies. I really do. In addition to showing classic films on television, they also produce great DVD collections, books, and other products that I love to buy. It might be a shocking confession, then, to admit that I don't actually have TCM at home. In fact, I don't have cable television of any kind, and our attic antenna only picks up about 5 channels with any real consistency. I'm not sure because I only watch any of those channels during 1) the Oscars, 2) the Olympics, and 3) a local tornado warning. 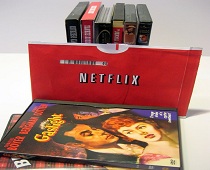 In 16 years of marriage, my husband and I have never paid for cable. Before that I spent one year living without a television at all (and that was in 1994, before the internet became a big deal). We cut the cable cord a long time before it was considered hip, and we have never really missed it. Sure, there are a few channels I would enjoy: Turner Classic Movies chief among them, and BBC America, too. However, that's two channels out of however many hundred you get with cable, and they don't let you pay only for the ones you want to watch. My television would be flooded with the drivel of reality TV, shopping channels, sports casts, and every other species of the bread and circus fare that American viewers consume. Honestly, I just don't want that stuff in my house.

How, then, does a classic movie fan like myself keep up a fairly robust viewing schedule? It's really not that difficult these days, considering the increasing number of streaming services and other sources for a wide assortment of films. Here are my top sources for classic movies, with some thoughts about cost, value, and other considerations you might take into account it you are also thinking of leaving cable behind. 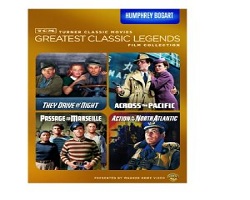 1) Own it - The old school way to see a movie is to buy it and add it to your personal library of films. DVD and even Blu-ray editions can be had for very little money if you shop wisely. I love 4 movie collections when they cost about $10, and I regularly hunt Costco and Amazon for good deals. Because I write about movies, teach film classes, and give lectures about film, I like having physical copies of movies on hand. Sometimes, a DVD is the only way to see a more obscure film; I find the prices at Warner Archive a little high in general, but when they run a good sale I invest in the movies I can't watch any other way.

2) Rent it - I still have a one-disc subscription to Netflix, and I rent movies that aren't available on streaming anywhere but also aren't necessarily ones I need to own. That includes a lot of action pictures from the 1960s and 1970s, as well as recent releases and classics that might be too expensive to buy on DVD. Netflix has actively dissuaded customers from renting physical discs with pricing changes and other methods, but if you want real control over what you watch it is still worth the extra charge. If you only want to rent classic movies, you might also try a rental service like Classicflix, which specializes in older films.

3) Stream it - Netflix is currently the dominant streaming service, and it has its appeal, even though classics are not its primary offering. There are often some very good older movies available on Netflix Instant, but be prepared to wade through a lot of public domain filler, as well. Amazon Instant offers many of the same titles and some unique ones; it's worth the Prime membership if you shop the site much at all, and it also allows viewers to rent streaming films for $2-$5 each, which is nice when you need to watch a particular movie right away.

Hulu excels at offering Criterion Collection titles, but other than that it seems more useful for TV series, and if I were to drop one of the 3 services it would be Hulu because I rarely find myself in the mood for a three hour subtitled tragedy at 10 PM on a weeknight. If and when Warner Archive gets its own instant service running, I might well drop Hulu in favor of it. The Warner service should go live sometime this spring, after a promising beta run in February.

You can also watch classic movies on your computer at sites like the Internet Archive, but my computer chair is not that comfortable, so I use PC streaming mainly for shorts. 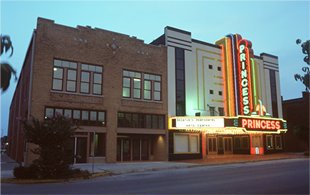 4) See it somewhere else - Even in a boring, non-movie town like mine, the library shows free classic movies, and sometimes theaters also run them, although the handover of our local Rave to Carmike ended a lovely weekly program of classics for $3 (including drink and popcorn!). Lucky people in New York, LA, Chicago, and other major cities can see lots of classic films on the big screen, and we won't even talk about those fortunate souls who live near the Alamo Drafthouse. This option is not as useful for me because I live two hours from the nearest revival/art house theater, but you can see a lot of movies this way if you live in the right places. You have to put up with other people, but you can see the film the way it was meant to be shown, and there's something to be said for a communal experience when the right community is in the seats.

Overall, I have access to more movies than I can watch, and I enjoy a lot of control over what I see and when, which I appreciate. As streaming movies become even more popular and more people choose to give up cable, it's important to think about which options are going to give you the entertainment you want, whether that be classic movies or *shudder* Here Comes Honey Boo Boo.

What are your go-to methods for feeding your classic movie habit? Let me know in the comments section below!
Posted by Jennifer Garlen at 1:58 PM