Alone in the Dark: Where is Huntsville's Audience for Indie Films? 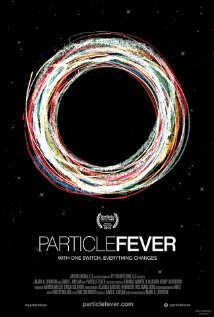 I love classic movies, but I'm really an equal opportunity cinephile. I love to see new movies in the theater, too, especially with an appreciative audience to share the experience. This week we have been warming up the seats at the cineplex quite a bit, having logged three new releases already (with two more in the works for the holiday weekend). Our trio of intrepid moviegoers enjoyed Godzilla on Thursday night, Particle Fever on Tuesday night, and Jodorowsky's Dune on Wednesday night. We saw all three films at the same theater - the Regal Hollywood 18 - but the first experience was very different from the other two. Why? Because for both of the other films, we were the only people there.

I often complain that Huntsville is not a movie person's town. It's a two hour drive in any direction to the nearest art house or revival theater. This is an engineer's town, a NASA town, so I know the population doesn't get all worked up about Joan Blondell and Buster Keaton the way I do. You would, however, think there would be a strong interest in a movie about physicists discovering the Higgs-Boson particle and a movie about the struggle to adapt one of the most influential science fiction novels of all time into a revolutionary film. Engineers love science, right? Aren't they really into science fiction? 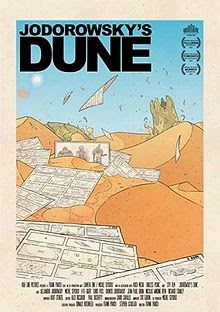 Not so much, apparently, since the box office worker seemed surprised both nights that anybody was showing up for these movies. On the night we saw Particle Fever, the girl in the booth gave us a huge stack of postcards for the movie because, as she said, "nobody has really come to see it." Now, I know we were seeing these pictures on a week night, but it was at 7 PM, and when we saw Godzilla on a Thursday night there was quite a good crowd of devoted rubber monster fans.

I don't really mind being the only person in the theater now and then, especially when I see a movie late in its run and during the day, but it's depressing to think that indie films draw so little interest around here, even when they seem perfectly directed at local tastes. Theaters have no incentive to run indie pictures if nobody shows up; they'll just screen the big, loud blockbusters and stupid comedies (I'm looking at you, Blended) that repeatedly pack the house. I have nothing against blockbusters - I liked Godzilla - but limited access is bad for moviegoers, and it's bad for movies. When we don't watch indie films we forget that movies can be a lot more than superheroes and monsters blowing stuff up. We forget that movies can say something important. We forget that they can be Art. 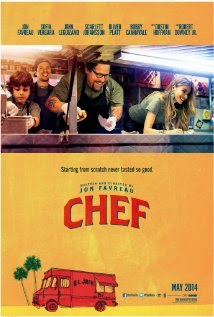 Both Particle Fever and Jodorowsky's Dune are excellent documentaries with engaging stories to tell. They both challenge us to dream bigger, to dare to fail, to go out and try to change the world. Those movies should be packing the house every night. People should be taking their kids to see them (my 13 year old was especially inspired by the concept art for Dune). I want more indie films in Huntsville, but if we're the only people in the theater that's not going to happen.

Over the Memorial Day weekend I plan to see both X-Men: Days of Future Past and Chef. I know there will be a huge turnout for the comic book movie, and as a lifelong geek and comics reader I'm happy about that. Maybe the fact that Jon Favreau, the guy who directed the first Iron Man movie, wrote, directed, and starred in Chef will help generate a little enthusiasm for his film, too, but after the last two outings I am cautiously optimistic at best.

If you live in some great city where indie films draw big crowds and revival theaters show silent films with live organ music, revel in it. Send me a postcard. Hey, invite me to visit and crash on your couch. If you live in Rocket City USA, get up from the computer, turn off the TV, and get thee to an indie film. Your brain and your soul will thank you.

PS -
You can read my full review of Jodorowsky's Dune over at Examiner.com.
Posted by Jennifer Garlen at 10:37 PM