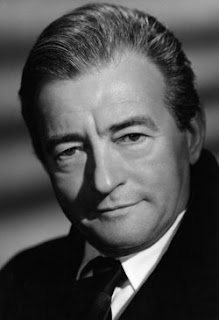 Although rock solid supporting player Claude Rains is certainly best remembered today as the mercurial Louis in CASABLANCA (1942), the English actor also made huge contributions to the genre of horror, and Turner Classic Movies will put the spotlight on that aspect of Rains’ career with its primetime lineup for SUMMER UNDER THE STARS on Sunday, August 5.

THE INVISIBLE MAN (1933), a wickedly funny James Whale classic that proved a breakthrough role for Rains, takes center stage with the 8 p.m. Eastern time slot, but just before it at 6:45 p.m. is THE WOLF MAN (1941), the original Universal picture starring Lon Chaney, Jr. as the moon-cursed protagonist and Rains as his skeptical father. Directed by George Waggner, THE WOLF MAN is one of my all-time favorite movies, not because it’s particularly scary but because the performances of Rains, Chaney, and their costars pitch the story as a deeply affecting domestic tragedy, in which Rain’s Sir John Talbot pays a terrible price for his failures as a father. 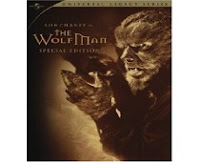 Rains brings wonderful gravitas to his role, and he lets us see very early on that Sir John has done a great deal of damage to his relationship with his son, not through outward cruelty, but through the insidious effects of favoritism and indifference. Larry’s older brother was the heir to the family estate, and Sir John pinned all of his hopes and his love on his firstborn son, leaving so little for Larry that the younger son fled to a new life in America. Now, in the wake of the heir’s death, Larry returns to England but seems fated to fail in taking his brother’s place. Rains keeps his distance as Sir John, never really embracing his only surviving child but still subtly dependent on him in a way that neither expected.

In the context of the story, Larry never does anything wrong to deserve his awful fate. In fact, he is bitten by the werewolf (Bela Lugosi) while trying to save a young woman from being killed by the monster. Sir John, however, has earned the wrath of the heavens by first neglecting his younger son and then expecting him to give up his own desires to replace the dead heir. Like King Lear, Sir John fails as a father to his younger child and is therefore punished by the loss of all of his children. A bad father becomes no father at all. The film’s most eloquent and tragic piece of poetic justice comes in the final scene, when it is Sir John himself who brings his fate to bear.

It takes an actor of Claude Rains’ caliber to carry off such an important role. Sir John must be sympathetic enough that we understand why Larry yearns for his approval, but he must be flawed enough that we recognize the ending as right in some way, no matter how terrible it is for our protagonist. The expression on Rains’ face in the final scene of this film is one of the most heartbreaking things you will ever see. With the silver cane in his hand and his dead child at his feet, Sir John knows, too late, how much he has lost in the son he failed to love before.

TCM will air plenty of other great Rains performances on Sunday, August 5. Among my other favorites on the schedule are NOW, VOYAGER (1924) and THE ADVENTURES OFROBIN HOOD (1938). Rains also plays a very different father in MR. SKEFFINGTON (1944), which features one of the most sob-inducing father-daughter moments ever seen on film. 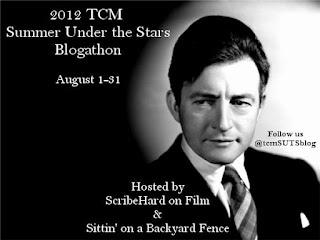 This post is part of the TCM Summer Under the Stars Blogathon hosted by classic movie bloggers at Sittin' On a Backyard Fence and ScribeHard on Film. Check out their sites for links to all of the blog posts celebrating every star of the day on TCM in August!

Posted by Jennifer Garlen at 2:39 PM