Most children love the circus; there's something magical about seeing the performers there in the ring, moving in their own world of spotlights and sawdust. Classic movies have visited that world many times, and some of Hollywood's most iconic stars have run away to join the circus on the silver screen. Here are just a few of the classic movies that represent the excitement, humor, and even danger of life beneath the big top. 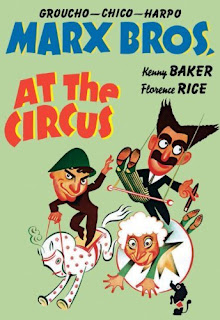 For kids and adults:

The Circus (1928) - Charlie Chaplin's Little Tramp joins the circus in this silent comedy, with predictably chaotic results. Chaplin's turn on the high wire while being tormented by a group of mischievous monkeys is a particularly great scene, and, as usual, there is plenty of physical comedy with the Tramp in flight from various authority figures. Like most Chaplin films, the story mixes comedy and melodrama, and the sadder notes of the Tramp's adventure might upset very young viewers.

At the Circus (1939) - The Marx Brothers could make any situation seem like a three ring circus, but in this film Harpo and Chico really are members of a traveling circus troupe, while Groucho plays an eccentric lawyer summoned to help the owner of the circus hang on to his business. Groucho's performance of "Lydia the Tattooed Lady" is a highlight of the movie, although At the Circus ranks fairly low on the list of Marx Brothers films, especially compared with favorites like Duck Soup (1933) and A Day at the Races (1937). 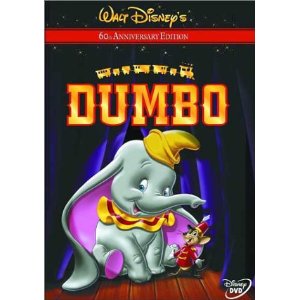 Dumbo (1941) - Like Chaplin's Tramp and Harpo Marx, Dumbo is a silent comedian, but this sentimental tale of the little elephant with the big ears remains one of Disney's most compelling pictures. "Baby Mine" won't leave a dry eye in the house, while "Casey Junior" and "Pink Elephants" are bouncy, jovial numbers sure to capture the attention of both children and adults.

Freaks (1932) - Tod Browning's cult classic of circus horror follows the crimes and eventual punishment of a conniving big top beauty (Olga Baclanova) and her strong man lover, who intend to fleece an innocent performer (Harry Earles) of his wealth. Browning achieves a disturbing level of realism by employing actual sideshow performers in his film, which blurs the line between fiction and reality. Not for the faint of heart, Freaks has gained a tremendous following over the years as one of Hollywood's most shocking classic films, but Browning is probably more widely remembered as the director of the 1931 Dracula, starring Bela Lugosi as the vampiric count.

Nightmare Alley (1947) - Swashbuckling icon Tyrone Power assumes a darker role in this noir story of a carnie who dreams big. The part represented an intentional effort by Power to break out of typecasting as a heroic leading man, although films like The Mark of Zorro (1940) had made him a star. Edmund Goulding, who had helmed the Bette Davis vehicles Dark Victory (1939) and The Old Maid (1939), directs; he also worked with Power on The Razor's Edge (1946).

The Greatest Show on Earth (1952) - Director Cecil B. DeMille presents the lives of big top performers in this huge, star-studded spectacle. Winner of Best Picture in 1953, the film stars Betty Hutton, Cornel Wilde, Charlton Heston, and more, including real life circus clown Emmett Kelly, whom most people today will recognize as the "Sad Clown" of countless art prints and velvet paintings. You'll also find Jimmy Stewart playing the role of another clown. Despite its Oscar success, the film is seldom seen today, but as of August 2012 you can watch it for free on Amazon Instant Video with a Prime membership.
Posted by Jennifer Garlen at 10:58 AM