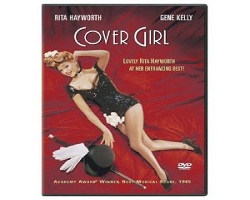 TurnerClassic Movies celebrates the 100th birthday of musical legend Gene Kelly with a full day of Kelly films on Thursday, August 23, 2012. Part of the ongoing Summer Under the Stars event, the programming features Kelly in a dozen movies throughout the day, including his signature roles in An American in Paris (1951) and Singin’ in the Rain (1952).

The day starts at 6 a.m. Eastern with Kelly’s first screen appearance in For Me and My Gal (1942), which also stars Judy Garland. Frank Sinatra plays Kelly’s shipmate and pal in Anchors Aweigh (1945) at 8 a.m. The musicals make way for swashbuckler action with The Three Musketeers (1948) at 10:30 a.m., featuring Kelly in heroic mode as D’Artagnan. An all-star cast, including Van Heflin, Vincent Price, June Allyson, Lana Turner, and Angela Lansbury, backs Kelly up for the period adventure. 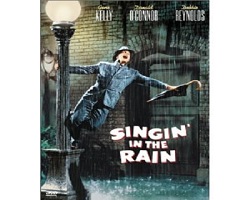 The afternoon begins with baseball in Take Me Out to the Ball Game (1949) at 1 p.m. Esther Williams, Frank Sinatra, Betty Garrett, and Jules Munshin costar. Kelly is reunited with Judy Garland for The Pirate (1948) at 2:45 p.m. Kelly directs himself in the musical fantasy, Invitation to the Dance (1956), at 4:30 p.m. 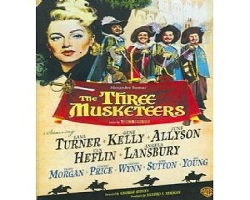 Summer Under the Stars continues all month, with each day showcasing a different classic movie actor or actress. Other upcoming stars of the day include Irene Dunne on August 24, Tyrone Power on August 25, and Gary Cooper on August 26. Check the official TCM website for more information about the month’s schedule.
Posted by Jennifer Garlen at 10:16 AM