Build-Your-Own-Blogathon: Bad Apples in BEND OF THE RIVER (1952) 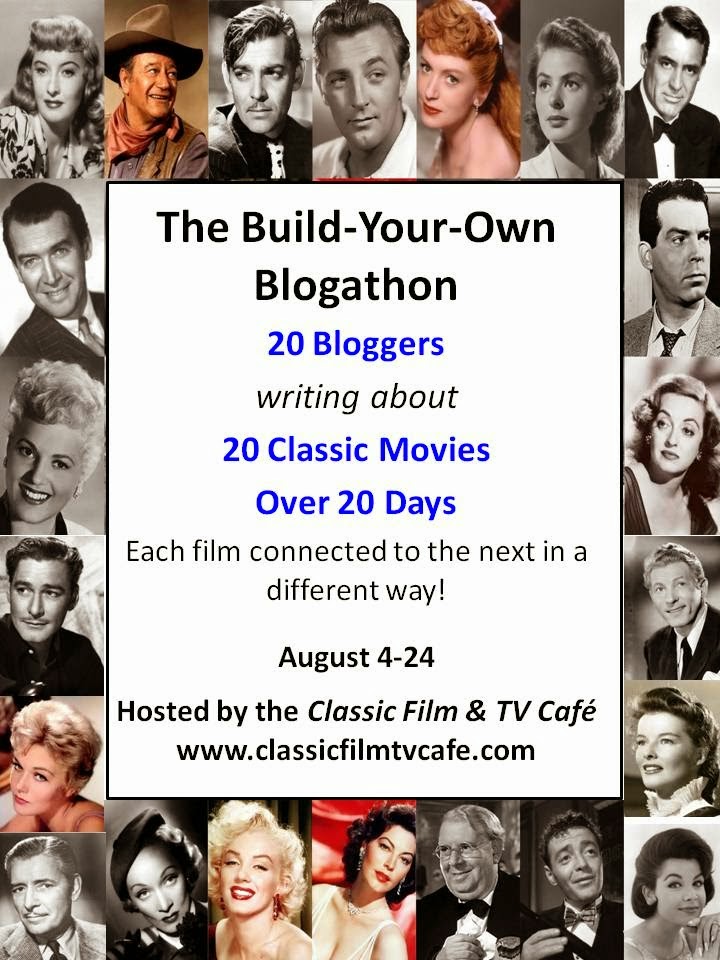 "That kind can't change. When an apple's rotten, there's nothing you can do except throw it away or it will spoil the whole barrel." - Jeremy Baile

Director Anthony Mann collaborated with Jimmy Stewart on a number of excellent Westerns, including the 1952 film, Bend of the River, which takes the rugged country of the Pacific Northwest as its frontier territory. It's a story about gold fever, moral decay, and second chances, with Stewart as a former outlaw trying to turn over a new leaf as an honest man. Stewart's Glyn McLyntock is, of course, a good apple, no matter how shady his past, but the movie also presents us with a parade of foils and variations on the same theme. Jay C. Flippen and Chubby Johnson play for the angels as the movie's older good men, with Flippen especially crucial to Stewart's character as the leader of the Oregon settlers, but the less exemplary characters prove far more numerous. Arthur Kennedy and Rock Hudson play men whose moral compasses need more recalibration than Stewart's, while Howard Petrie depicts the rapid transformation of a good man gone wrong over gold, and Harry Morgan plays one of the dirtiest little apples ever seen in a Western barrel. These slippery, complicated performances help make Bend of the River a smart study of psychology as well as an exciting frontier adventure, and the bad apples inform our understanding of the hero's own inner struggle. 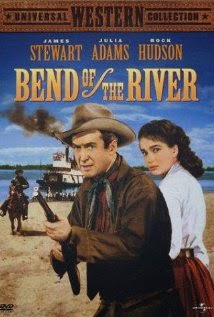 Glyn's primary counterpart throughout the picture is Kennedy's Emerson Cole, a man who has so much in common with Glyn that Glyn tends to think of their destinies as inextricably linked. Cole shares Glyn's past as a raider, and he has enough integrity to appreciate it when Glyn saves his life, but Cole lacks the essential strength of character that sets Glyn apart. Cole likes fast living and violence; he's quick to draw his gun, even when lesser measures would suffice. Kennedy plays Cole as an enigma at first, encouraging us to like him even when we don't trust him, but the lure of wealth proves too much for him to resist. Even the love of Laura (Julie Adams) means nothing to him once a fortune comes within reach. Glyn offers him multiple chances at true redemption, but Cole succumbs to greed.

"You're real fast with that gun, kid, but you're soft." - Emerson Cole (Arthur Kennedy)

Hudson's handsome young gambler, Trey Wilson, makes the relationship between Glyn and Cole into a triangle. His essential nature is ambiguous early on; as a gambler, he is clearly a man who values money, but he doesn't like to kill. Cole even scolds him for being too soft-hearted. Trey throws in with Glyn and Cole without much thought, and he doesn't have to choose between them until it becomes clear that the two older men are moving in starkly different directions. Even then, Trey keeps his cards hidden, so that we're never quite sure which side he's on until the very end of the film. Trey actually fills two Western character types at once. Despite his worldly demeanor and flashy clothes, he is also this film's version of the Kid who has to decide which model of masculinity he wants to embrace; he can chase wealth and become like Cole, or he can do the right thing and emulate Glyn.

"I could get fifty times what you paid for that food. It's gold, do you understand, gold!" - Tom Hendricks (Howard Petrie)

Howard Petrie plays Tom Hendricks, the Portland official who first welcomes the settlers with open arms but later betrays their trust by reselling their winter supplies at wildly inflated prices. If Hendricks seems a little too friendly at first, that merely sets the stage for his later corruption, when we see him at his overflowing money table with a mad gleam in his eyes. Hendricks' fall mirrors that of the entire community; when Glyn and Jeremy (Jay C. Flippen) return to Portland looking for their supplies, they find the formerly pleasant town transformed into a filthy den of violence, greed, and lust. Hendricks is so far gone that he doesn't care if his double dealing costs the settlers their lives; he is even willing to kill Glyn and Jeremy to protect his financial interest. Tellingly, Cole doesn't seem to process the warning of Hendricks' fate; he's too busy shooting Hendricks' men while they try to run away.

"We're going to the gold camp with this food." - Shorty (Harry Morgan)

While most of the other flawed men in the film have some good qualities, Harry Morgan's Shorty is about as rotten as they come. Along with Red (Jack Lambert) and Long Tom (Royal Dano), Shorty never makes any move unless he's going to get paid for it. Shorty is a far cry from the uncertain but good-hearted character Morgan played in The Ox-Bow Incident (1943). He's a dirty, narrow-eyed sneak, always watching for the opportunity to take advantage of the others. He and the other workers conspire to hijack the food supply and sell it at the highest possible price in the gold mining camp; like Hendricks, they don't care if the settlers starve to death as a result. Unlike Hendricks, Shorty and his pals were never good in the first place. Their worst scene comes when they intentionally drop a wagon on Jeremy, Glyn, and Cole in an effort to murder all three at once.

"Any man can make a mistake." - Laura (Julie Adams)

These men run the gamut in terms of moral character, and each one shapes his own fate through his choices. The corruption of the weaker men reminds us how much is at stake in Glyn's struggle for redemption. Glyn knows that the kind of life he once led can only end badly, but his determination to do right and take a harder path makes him a hero in this story more than any skill with a rifle or knife. While there are plenty of bad apples in Bend of the River, they only make the good ones look that much better.

Posted by Jennifer Garlen at 9:12 PM