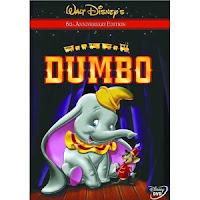 It’s never too early to start watching old movies with your children; if they’re old enough to appreciate Dumbo and Aladdin, then there are plenty of classic movies they can enjoy, and you can watch with them and actually be entertained by the experience. Introduce the youngsters in your life to classic films with the movies of some of these iconic stars. Modern culture constantly builds on and references the classics, so you'll be entertaining your children at the same time that you make them smarter and savvier consumers of their own generation's culture. You might even learn something yourself! 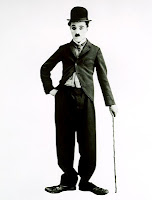 Charlie Chaplin - The Little Tramp still has a magical effect, and children will be as charmed by his sympathetic character as they are amused by the physical comedy. Be warned, though, that Chaplin's best films mingle scenes of suffering and misery with their comedy, and tender-hearted viewers may well end up in tears over the indignities and disappointments endured by Chaplin's childlike hero. The Gold Rush (1925) had our resident junior cinephile sobbing, but she proclaimed the picture a winner in the end. Try Easy Street (1917) for a short introduction to Chaplin's style, then move on to The Gold Rush (1925), The Circus (1928), City Lights (1931), and Modern Times (1936). Revival versions of the silent films feature some narration and sound effects as well as musical scores composed by Chaplin himself. Boys might appreciate knowing that the films of Charlie Chaplin (as well as Buster Keaton) inspired the signature style of movie kung-fu master Jackie Chan, whose pictures often pay homage to specific scenes from Chaplin's films. 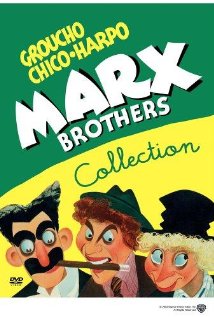 The Marx Brothers - Groucho, Harpo, Chico, and Zeppo are sure to make young viewers laugh with their comic antics on the screen, while adults will appreciate the subtler humor of Groucho's rapid patter. In addition to being zany comedians, the Marx Brothers were accomplished musicians; kids will marvel at Chico's wild piano numbers and Harpo's amazingly sophisticated performances on the harp. The earliest films can be more difficult for younger viewers to follow; start with A Day at the Races (1937), and then move on to Duck Soup (1933) and A Night in Casablanca (1946) for their faster action and musical numbers. Kids will almost certainly find Virginia O'Brien's bizarre lullaby number in The Big Store (1941) hilarious, even though it ranks at the bottom of Marx Brothers films for most fans. Kids who have seen Animaniacs cartoons will find the Marx Brothers well worth watching; Wakko, Yakko, and Dot frequently take their comedy cues directly from the original sibling team. In addition, your kids will finally know what those silly glasses with the attached mustaches are all about.

Judy Garland - Most kids see The Wizard of Oz (1939) at a very early age, but Garland (born Frances Gumm) made other musicals that younger viewers will also enjoy. In fact, The Wizard of Oz might not be the best place to start with kids because it's really a very frightening film, and plenty of adults will tell you that the winged monkeys, the twister, and the Wicked Witch of the West all inspired their childhood nightmares for years. Try Meet Me in St. Louis (1944), The Harvey Girls (1946), The Pirate (1948), and Easter Parade (1948) for family friendly musical performances from Garland and a host of Hollywood stars. The Harvey Girls is a particularly fun picture with catchy songs and wonderful character actresses; it also features Ray Bolger, who played the lovable Scarecrow in The Wizard of Oz. The romantic Easter Parade might appeal most to older girls, while The Pirate offers silly Caribbean comedy that younger boys and girls will probably enjoy equally well, especially because Gene Kelly puts in an energetic performance as Garland's rakish love interest.
(For more about Judy Garland, see "10 classic movies starring Judy Garland" on Examiner.com.)

Burt Lancaster - For kids who love action and adventure, you can hardly do better than Lancaster, whose early career as a street acrobat and circus performer enabled him to include some amazing feats of agility and physical prowess in his swashbuckler films. Look for films that feature Lancaster's childhood friend and partner Nick Cravat; these are the lighter, more family appropriate pictures from Lancaster's long and varied career. The Flame and the Arrow (1950) and The Crimson Pirate (1952) are guaranteed winners, full of thrilling acrobatics and light-hearted escapades. Cravat plays a mute character in both movies because his thick Bronx accent just didn't work in a period setting, but like Charlie Chaplin he proved to be a master of silent expression. Older kids who enjoy Lancaster's robust style will also like The Professionals (1966), but be careful about exposing younger viewers to Lancaster's grittier work. If your youngsters demand more swashbuckling action, move on to classic films from Errol Flynn and Tyrone Power, both of whom made outstanding examples of the genre.

Don't stop there! Classic movies abound with comedy, action, and music to keep the whole family entertained all summer long. If you really want to embark on an exploration of classic films with your kids, try picking up a copy of Ty Burr's 2007 book, The Best Old Movies for Families: A Guide to Watching Together.

An earlier version of this article was originally posted on Examiner.com. The author retains all rights to this content.
Posted by Jennifer Garlen at 11:26 AM