Earlier this year I got to know other Huntsville area bloggers through a group called Rocket City Bloggers. They're a diverse crowd, with blogs about all kinds of interesting topics, and they're also pretty swell folks in general. Recently, I asked them to tell me about their favorite classic movies. Here are some of the responses, along with links to the relevant blogs. You'll find both the usual suspects and some more off-the-beaten path selections among their favorites. So many people replied that I don't have room for all of the movies and the bloggers who picked them, so I might have to do a follow-up post later!

Be sure to check out the blogs while you're adding some of these classic films to your Netflix queue. I have included links to my own reviews of the films whenever possible. 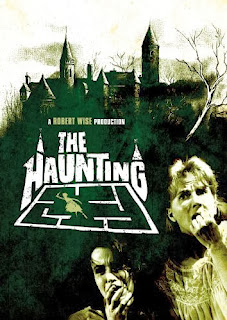 Paula Claunch of AKA Jane Random casts her vote for THE HAUNTING (1963), which is a great choice given that Halloween is just around the corner.

Tina Leach - also known as Trampoline Girl - is clearly a classic movie fan! BALL OF FIRE (1941), CAREFREE (1938), and THE THIN MAN movies all make her favorites list. She says, " I love the Nick and Nora Charles dynamic so much, their martini swilling, joke cracking, and of course Asta!"

Bo Williams obviously shares some of Keith's genre passions, since his picks include THEM! (1954), METROPOLIS (1927), and Stanley Kubrick's excellent PATHS OF GLORY (1957)  - nice choice, Bo! Bo bills his blog as "rarely senselessly vulgar; frequently slightly tacky," so head over to read his posts with your sense of humor packed and ready. 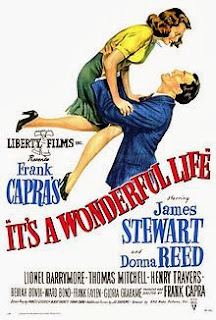 Kristen Wilson of She Writes Him offers IMITATION OF LIFE (1934 or 1959?), SCARFACE (1932, I hope!), and GREAT EXPECTATIONS (1946) as some of her favorites - all solid picks that show she has also spent a lot of time watching old movies.

Other bloggers put in their votes for SINGIN' IN THE RAIN (1952), THE SOUND OF MUSIC (1965), and THE SWORD IN THE STONE (1963). As I said before, they're a diverse bunch, but there's clearly a strong inclination toward musicals and family films.

You can also find reviews of 12 ANGRY MEN, PATHS OF GLORY, and SCARFACE in my book, BEYOND CASABLANCA: 100 CLASSIC MOVIES WORTH WATCHING, which is in paperback and on Kindle at Amazon. Obviously I have several films on my to-review list since I don't have links to everything that people chose for their favorites!

Posted by Jennifer Garlen at 4:47 PM