Mystery and Maternity in GASLIGHT (1944) 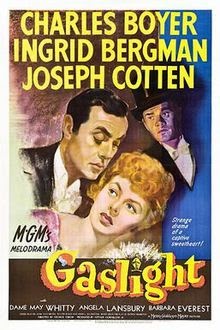 George Cukor's 1944 version of the Patrick Hamilton play Angel Street is not the first adaptation of the material for film, but Gaslight provides a unique take on the events found in the original text. The screenplay makes a number of important changes, including the identity of the heroine as the murdered woman's family member, and it layers mystery upon mystery without feeling obligated to unravel every thread in a neat, methodical fashion. Because of that, one of the great charms of Gaslight is the way in which it tantalizes us with lingering questions long after the final scene fades. Chief among these, perhaps, although hidden in the subtext of the story, is the mystery of Paula's mother. Who was she? What happened to her? Why did Alice Alquist tell Paula so little about her biological parents? This mystery creates an important opportunity for Paula's sadistic husband, Gregory, but it also invites the viewer the consider the possibility that the answer, like Alice's priceless jewels, might be hidden in plain sight.

The 1944 adaptation of the story stars Ingrid Bergman as the naive young Paula, who interrupts the murder of her opera diva aunt and prevents the killer from obtaining the jewels for which Alice Alquist is so brutally strangled. A decade later, Paula falls into a whirlwind romance with the suave Gregory Anton (Charles Boyer), who convinces his bride to return to the London home where Alice Alquist died. Once they are in London, Gregory's affection rapidly transforms into menacing control, and he constantly suggests that Paula is losing her mind. Circumstances make Paula believe that her husband might be correct, but a determined Scotland Yard detective, played by Joseph Cotten, suspects that Gregory has sinister motives for his cruel, calculating behavior.

Throughout the film, Paula is described as Alice Alquist's niece, but her resemblance to her dead aunt is remarkable. "I look like her, but I don't sing like her," Paula laments early on in the film, after her mentor comments on the uncanny likeness. When Paula shows Gregory a portrait of her famous aunt, the face of the opera diva is unmistakably that of Ingrid Bergman, even though the costume shows the singer with dark hair. Brian Cameron, the Scotland Yard detective, thinks at first that he has seen a ghost when he initially spots Paula at the Tower of London. The resemblance is so powerful that Cameron breaks out the old case files on the Alquist murder and resolves to get a closer look at Paula and her secretive spouse. That fact alone makes Paula's resemblance to her aunt vital to the plot, but the likeness of the two women is far more pronounced than one might expect between an aunt and a niece. Paula seems to Cameron to be Alice Alquist herself come back from the grave, demanding that the mystery of her murder finally be solved. The two women's fates are, ultimately, inextricably linked, as Paula turns out to be married to the same man who murdered Alice. Gregory Anton, once known as Sergis Bauer, has the power to destroy both incarnations; in the attic room he wrecks Alice's possessions, the relics of her life, while downstairs he wrecks Paula's mind. Even after Alice's death, the two women are like different aspects of the same life force.

Gregory uses the mystery of Paula's mother as one of his weapons against her sanity. Paula reveals that she knows nothing at all about her biological parents, except that her mother died when she was born. She does not even carry the name of her missing mother and father; her own name before marriage appears to be the same as that of her aunt. The only person who might have told Paula about her parents is Alice, and Alice apparently chose to say nothing at all. Gregory later takes advantage of this blank history by claiming that he has been investigating Paula's mother and has discovered that she went mad and died in an insane asylum. "Your mother was mad," he tells her. "She died in an asylum when you were a year old." The news terrifies Paula and pushes her that much closer to the breaking point, but Gregory later admits that this story is a lie, something he made up as part of his attempt to drive Paula mad. Paula's mother is as much a mystery as ever, her history subject to falsification because Paula knows nothing about her. By withholding any information about her parents, Alice has left Paula vulnerable to Gregory's lies, but she must have had some reason for concealing the truth. 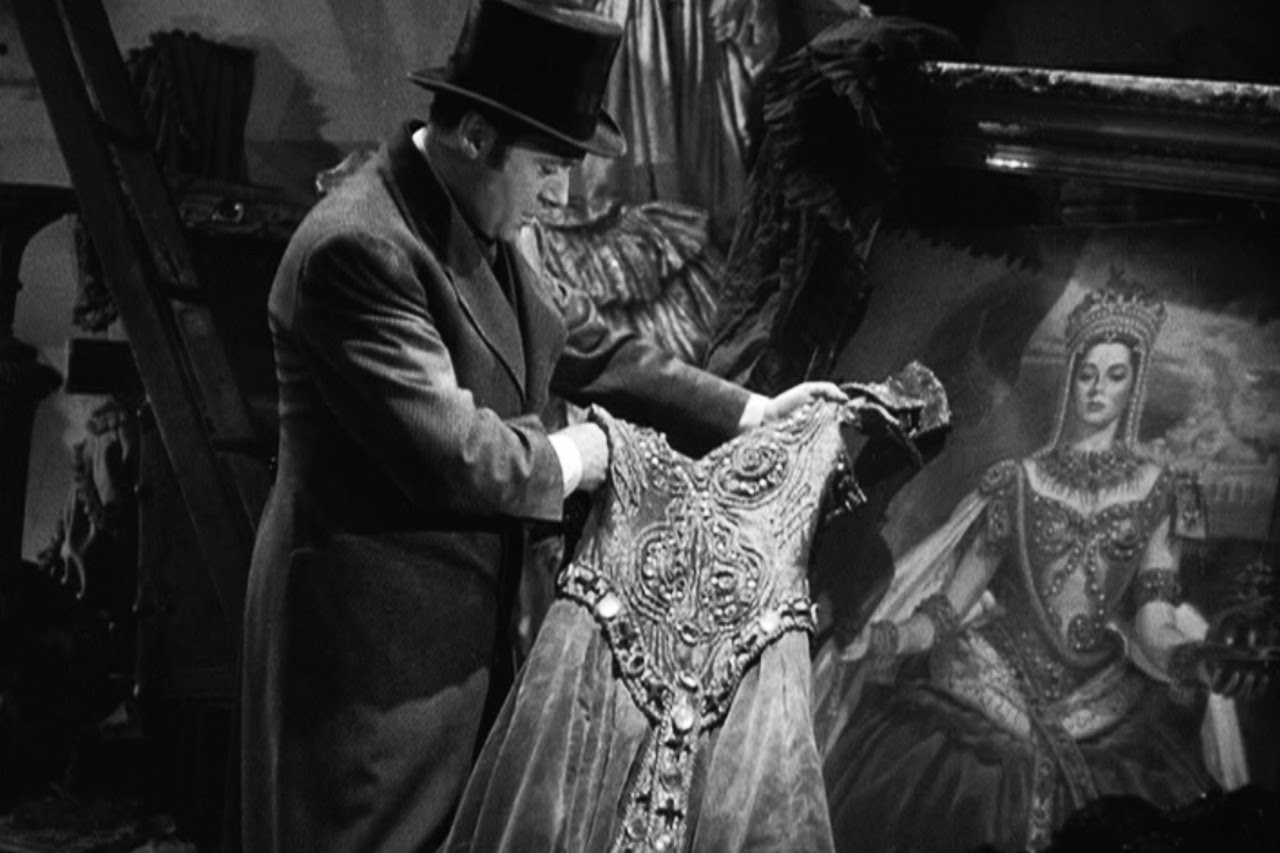 Alice Alquist was certainly good at concealing other vital pieces of information. She hid the very existence of her jewels from Paula, who knew nothing about them even though she lived with Alice from infancy. Alice hid them partly because of their immense value and partly because they were a gift from her royal lover, the Tzar. While opera divas lived somewhat outside the social norms of the time, Alice could not publicly admit such a scandalous relationship, even though it seems to have been something of an open secret to the police. Ironically, Alice chose to hide the stones in plain sight by having them sewn into her costume as Empress Theodora, the same character depicted in the portrait that Paula shows to Gregory. When Alice appeared on stage at the opera, only her lover would recognize his magnificent gift as part of her apparel. It was a secret between the couple that none of the adoring crowds could guess. Gregory, intent on finding the jewels, mistakes the real things for costume fakes when he first rifles through Alice's clothes. Only near the film's end does he recognize them as the object of his murderous desire. He never seems to suspect that Alice might have hidden other fruits of her romance with the Tzar in plain sight, as well.

All of these elements of the story, however, point to one conclusion: Alice Alquist was Paula's real mother, and her father was most likely the Tzar. A love child would explain the extravagance of the Tzar's gift; he wanted to give the mother of his child something priceless because he could never acknowledge either of them. Alice Alquist wanted to protect Paula from the stigma of being illegitimate and the danger of being recognized as the Tzar's offspring. As she did with the jewels, Alice hid Paula in plain sight, concocting a fictional sister who conveniently died abroad while giving birth. The closer familial relationship explains the extraordinary resemblance between the two women, but it also makes Paula's final confrontation with Gregory more poetic and significant. Paula has no idea how much she has lost because of Gregory, but she is able to seal his fate and gain vengeance for her mother's murder. Alice dies because of one hidden treasure, but another, even more precious to her, becomes the catalyst for long delayed justice.

Posted by Jennifer Garlen at 2:30 PM