History, Hollywood, and a Famous Train: THE GENERAL and THE GREAT LOCOMOTIVE CHASE

In The General (1926), Buster Keaton plays a Confederate train engineer who doggedly pursues his beloved locomotive when Yankees make off with it. Thirty years later, The Great Locomotive Chase (1956) tells basically the same story, this time with Jeffrey Hunter as the Southern engineer and Fess Parker as the Yankee spy who steals the train. Both the silent comedy and the Disney live action picture take their inspiration from a real event during the Civil War, when a group of Union spies stole a locomotive named The General in Kennesaw, Georgia, and drove it north, sabotaging rail lines and telegraph wires behind them. While both of the movies naturally take liberties with the historical record, classic movie fans can get the true story that inspired the films by visiting The Southern Museum of Civil War and Locomotive History in Kennesaw, where the famous train from the 1862 incident is the star attraction. 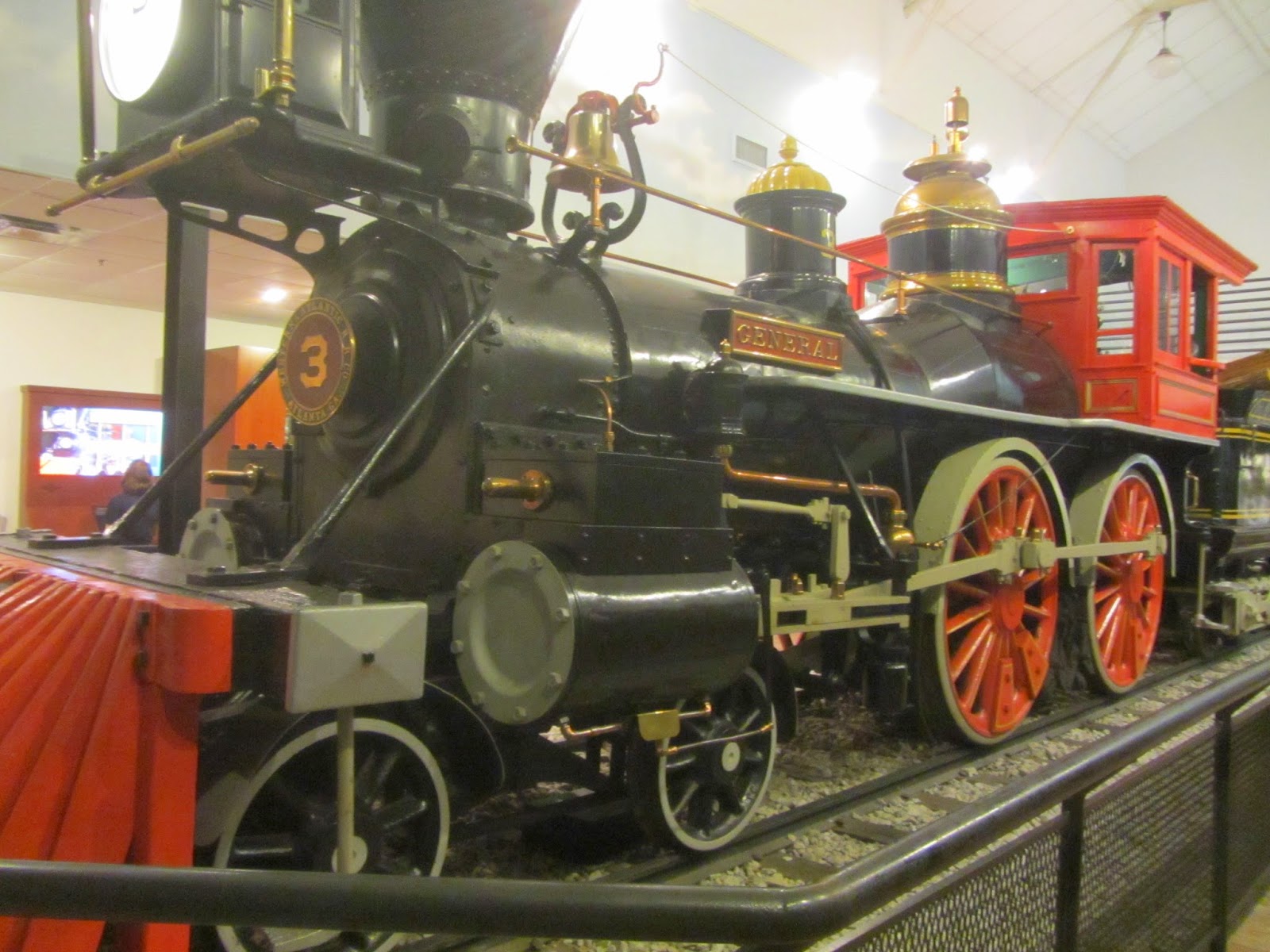 The museum, which is an affiliate of the Smithsonian, sits just off the railroad tracks in a quiet section of Kennesaw, not far from Interstate 75 but seemingly worlds away from the bustle of the metro Atlanta area. Trains roaring down the line are the most exciting spectacle outside the museum, where the enticing aroma of freshly cooked burgers wafts across the tracks from the nearby Burgerfi location. Around the grounds, visitors will find a handful of historical markers noting the starting point of The Great Locomotive Chase and Kennesaw's former identity as the town of Big Shanty. The General has its own marker, but inside the museum guests can see the real deal, a huge and meticulously restored locomotive that toured the country under its own power during Civil War anniversary years until it came to stay in Kennesaw. 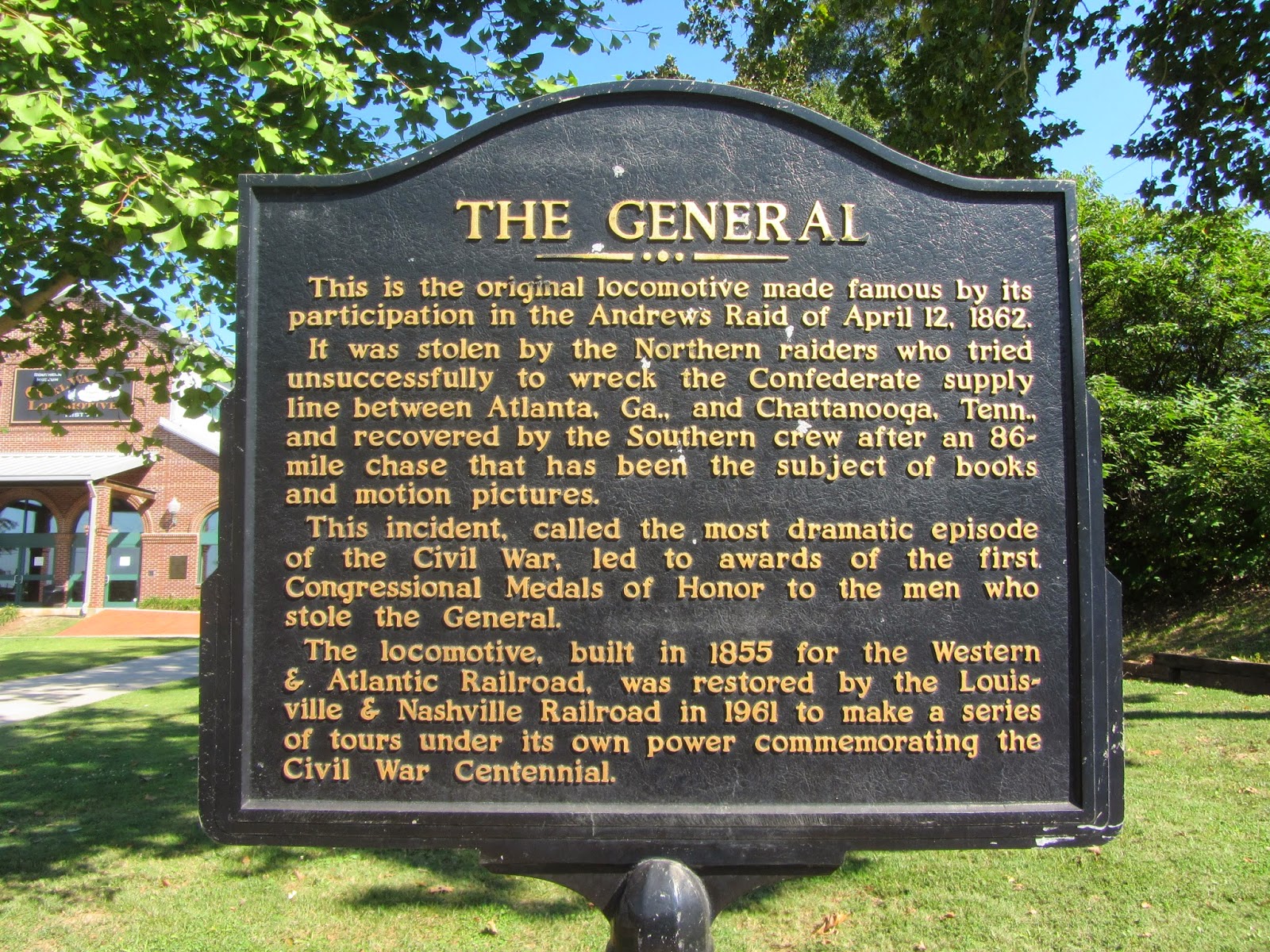 While the engine is undoubtedly the crown jewel of the museum, other exhibits give visitors an in-depth look at the role played by railroads during the Civil War and the aftermath of Reconstruction. The Glover Machine Works section shows how industrial locomotives were assembled, while other displays reveal the Union's strategy for crippling the South by destroying the critical rail infrastructure. It's a must-see facility for train nuts of any age, but for cinephiles the engine itself and the display cases around it are the big draw.

The museum is well aware of the movie history associated with The General. Near the locomotive, cases hold posters and other items from the 1926 and 1956 movies, including the coat worn by Fess Parker in The Great Locomotive Chase. Segments of the Disney film dominate the museum's movie about the events, with local footage spliced in to tell a shorter and more historically accurate version of the adventure. Both classic movies are for sale on DVD in the small gift shop, where a television runs one or the other throughout the day. Sadly, you won't find much other merchandise related to the films, but you will find generic train items and Civil War themed gifts of all sorts. 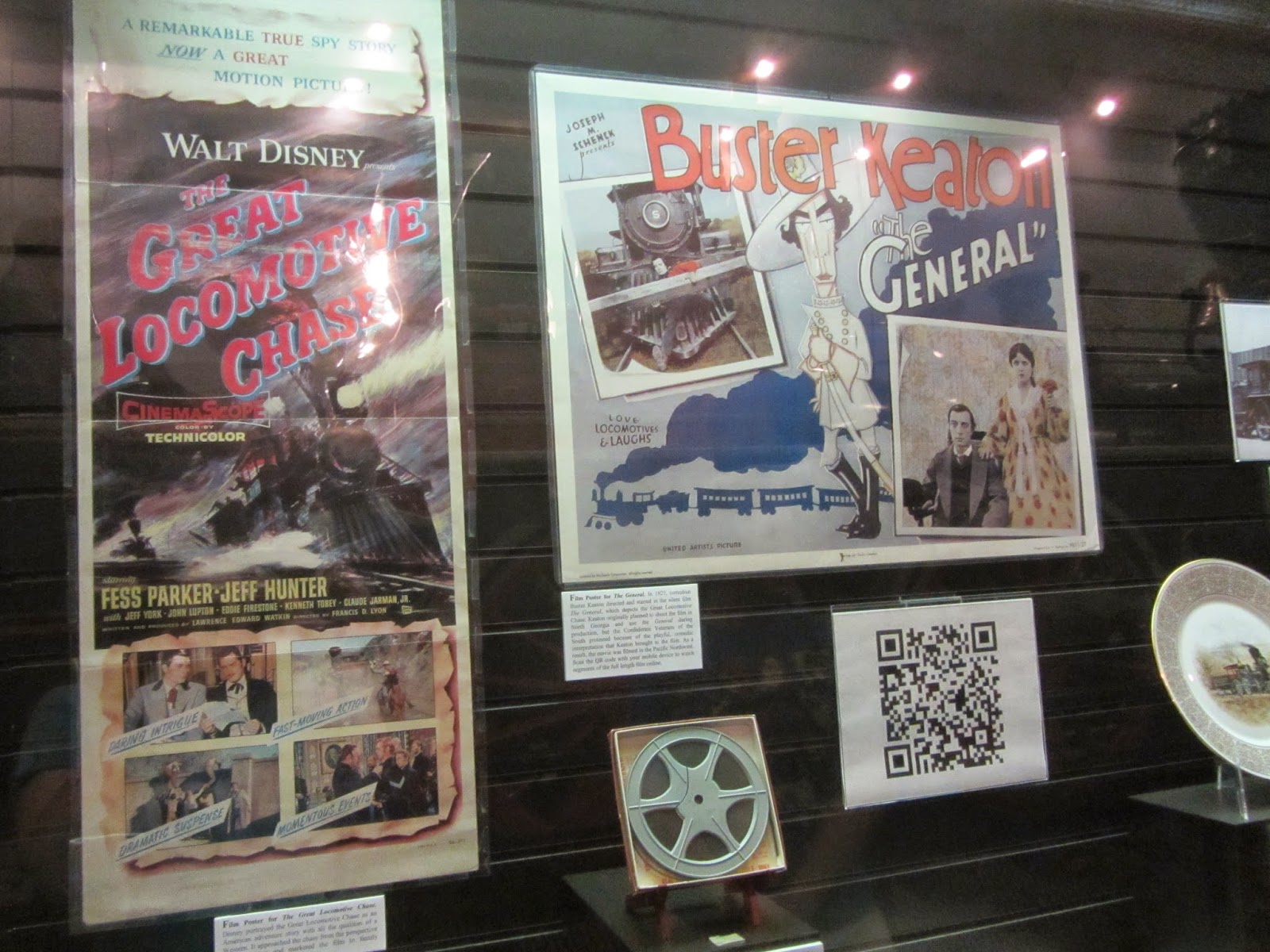 Getting a sense of the real story gives film fans a chance to assess the two movies and their different takes on the events. Keaton's picture makes the Confederate character a true hero, battling some rather shady Yankee saboteurs who not only steal his train but also kidnap his girl. The Disney production casts the Union in a more positive light, with Fess Parker as a doomed war hero (the real James J. Andrews was captured and ultimately hanged by the South). Jeffrey Hunter, best remembered today for his role in The Searchers (1956), plays William A. Fuller, the Southern engineer determined to recover his stolen train. It's interesting to note that Hunter appeared in both the Western and the Civil War adventure in the same year. Other actors of note in the Disney film include Harry Carey, Jr., Slim Pickens, and Kenneth Tobey. As entertaining as both movies are - The General in particular is a cinematic masterpiece of the first order - the truth turns out to be just as fascinating, with a story full of courage, action, and daring risks on both sides. Fuller and Andrews both strike us as heroic characters, despite the great divide between North and South, and it's easy to see why Hollywood would find their stories so compelling. 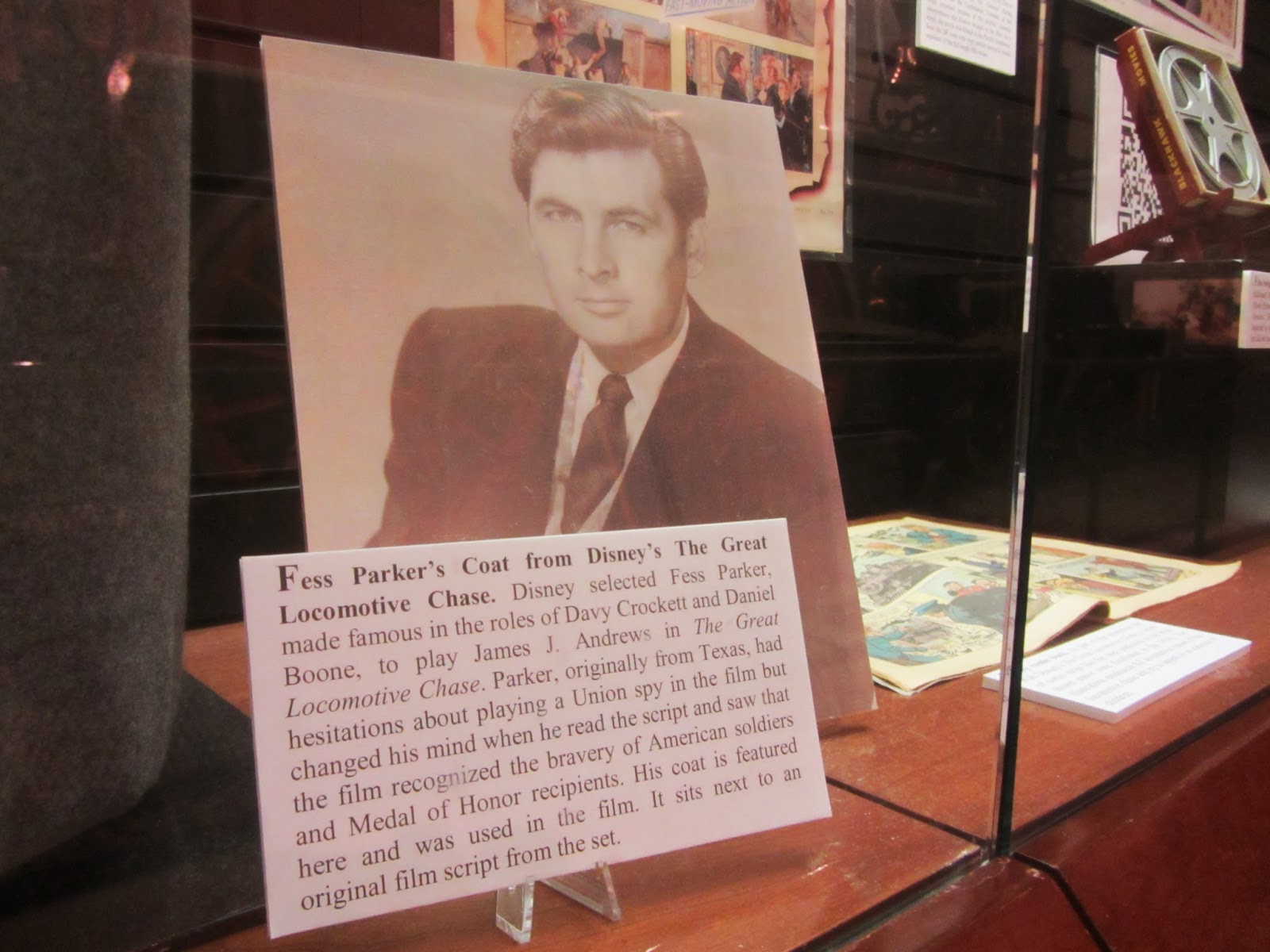 If you happen to be traveling along I-75 at some point in the future, stop in at The Southern Museum in Kennesaw and see The General for yourself. It is definitely worth a visit for history buffs, train lovers, and classic movie fans.
Posted by Jennifer Garlen at 8:48 AM