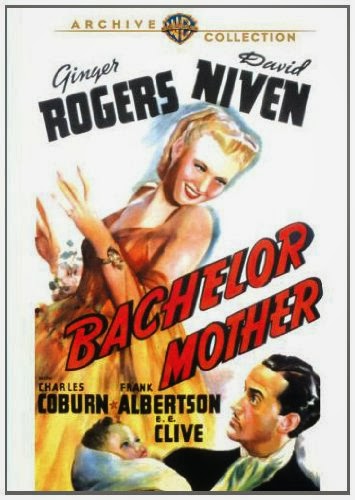 Valentine's Day is just around the corner, which means it's time to snuggle up with some of classic Hollywood's most romantic couples. Assuming Snowpocalypse Redux doesn't trap me at home, I'll be introducing a screening of Casablanca at a swanky Valentine's Day dinner event, but you can have classic movie romance right on the couch at home. Warner Archive Instant, my favorite streaming service, has plenty of romantic movies to enjoy with your box of chocolates and bottle of bubbly. Even if your cuddle companion is a puggle or a pint of Ben & Jerry's, you can enjoy the moment with the right movie. Here are ten of my top picks for Valentine's Day from the current Warner Archive Instant catalog.

1) Bachelor Mother (1939) - Ginger Rogers and David Niven star in this saucy romantic comedy about a shopgirl who accidentally acquires a foundling when she's accused of being its real mother. If you prefer your romantic comedies on the sprightly side, with lots of laughs, then this one is a sure bet. Donald Duck and Charles Coburn both play entertaining supporting roles. The 1956 remake, Bundle of Joy, is also in the current catalog. 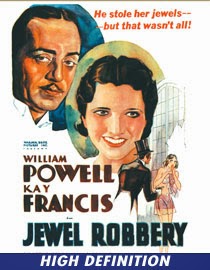 2) Jewel Robbery (1932) - For a Pre-Code romantic comedy, try this classy little gem starring William Powell and the lovely Kay Francis.William Dieterle directs the snappy fun, which also features performances from Helen Vinson, Alan Mowbray, and Hardie Albright. For a double feature, pair this one with Man Wanted (1932), which is also in the current streaming catalog.

3) Sylvia Scarlett (1935) - Katharine Hepburn and Cary Grant star in this romantic comedy with a gender-bending twist that's right out of Shakespeare. Edmund Gwenn has a fun role as Hepburn's morally challenged dad, and Brian Aherne plays the manly artist who attracts our heroine's amorous attention. George Cukor, who also worked with the stars on The Philadelphia Story (1940), directs.

4) Romeo and Juliet (1936) - Speaking of Shakespeare, you can't get much more romantic than a classic love story like this one, even if Leslie Howard and Norma Shearer are awfully mature to play the Bard's adolescent lovers. George Cukor directs again, and the supporting cast includes John Barrymore, Edna May Oliver, Basil Rathbone, Andy Devine, and Reginald Denny. The film picked up four Oscar nominations, including nods for Shearer and Rathbone, but went home empty-handed. 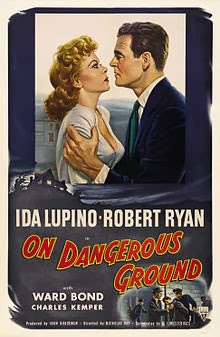 5) Romance (1930) - Greta Garbo stars in this aptly named picture from the early sound era. Garbo plays an opera singer with a complicated love life, while Lewis Stone and Gavin Gordon play some of her paramours. The movie earned two Oscar nominations: Garbo was nominated for Best Actress and director Clarence Brown also earned a nod, but neither won.

6) On Dangerous Ground (1951) - If you like your love stories film noir dark, try this excellent outing from director Nicholas Ray. Ida Lupino and Robert Ryan star as a couple whose relationship forms subtly over the course of a murder investigation. Lupino plays a blind woman who is willing to make tremendous sacrifices for those she loves, while Ryan is a damaged cop looking for something to arrest his headlong plunge towards violence and bitterness.

7) The Flame and the Arrow (1950) - For swashbuckling romance without the mushy stuff, it's hard to bear Jacques Tourneur's top-notch adventure, which stars Burt Lancaster and Virginia Mayo. Can't get a babysitter? Gather the kids and watch this one as a family. Like The Princess Bride (1987), The Flame and the Arrow has everything - fencing, fighting, torture, revenge, and true love. Don't miss Lancaster's buddy and former acrobatic partner Nick Cravat as the hero's mute but nimble sidekick. 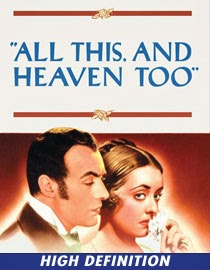 8) All This, and Heaven Too (1940) - For classic, big drama romance, check out Bette Davis and Charles Boyer in this film from Anatole Litvak. The supporting cast includes Virginia Weidler, Henry Daniell, Harry Davenport, June Lockhart, and Montagu Love, and the movie earned three Oscar nominations, including one for Best Picture.

9) Andy Hardy Meets Debutante (1940) - Mickey Rooney's lovable protagonist is up to his usual tricks in this installment of the beloved Andy Hardy series. This time out, Andy gets his head turned by a New York socialite (Diana Lewis). This is another romantic story that's totally family-friendly, since Andy's brand of romance is definitely puppy love. The supporting players include Judy Garland, Lewis Stone, and Ann Rutherford, along with the rest of the usual Hardy crew. You're Only Young Once (1937) and Judge Hardy and Son (1939) are also in the current catalog.

10) The Constant Nymph (1943) - Joan Fontaine and Charles Boyer star in this well-regarded adaptation of the novel and play, with direction by Edmund Goulding. Fontaine earned her third and final Best Actress nomination for her performance as Tessa, but she lost to Jennifer Jones for The Song of Bernadette (1943). The supporting cast includes big stars like Peter Lorre, Charles Coburn, and Dame May Whitty.

Visit the Warner Archive Instant site for yourself to find a full list of the current streaming catalog. The movies available do change periodically, so it's a good idea to check every week or so for new content.
Posted by Jennifer Garlen at 8:48 PM