Halloween is my favorite holiday, partly because it's a great excuse to watch classic horror movies, and partly because I get to trot out my Halloween playlists of songs about vampires, werewolves, and other things that go bump in the night. (OK, so I listen to them all year round, but this time of year they just sound cooler.) Actually, a lot of great pop and rock songs have been directly inspired by classic horror films, and not just the most popular movies that everyone already knows. If you're looking for something to listen to this week while you fill your streaming queues with Hammer horror, Universal monsters, and other ghoulish goodies, here are ten of my go-to favorites for a classic horror Halloween playlist. 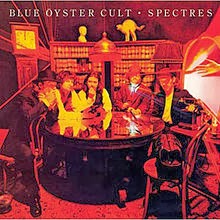 1) "Nosferatu" by Blue Oyster Cult - The 1922 silent vampire classic from F.W. Murnau is the direct inspiration for this song from the band best remembered for "Don't Fear the Reaper." The song actually covers the plot of the whole movie, and it's creepy enough to deserve a top spot on any Halloween playlist.

2) "Ballad of Dwight Fry" by Alice Cooper - Horror icon Dwight Frye played Renfield in the 1931 Dracula and also appears in supporting roles in other Universal horror classics, so it's no shock that Goth god Alice Cooper might want to sing Frye's praises. In the song, Cooper impersonates the kind of character Frye often played, not the actor himself.

3) "The Creature from the Black Lagoon" by Dave Edmunds - The Universal monster gets his own theme song with a rock n roll groove; the song appeared on the 1979 album, Repeat When Necessary. The Creature doesn't get as much love as some of the earlier monsters, so I appreciate this song for giving our watery friend some overdue musical attention. 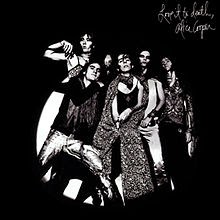 4) "I Walked with a Zombie" by Roky Erickson - Released in 1981, Roky Erickson's album, The Evil One, is full of Halloween treats for monster fans, including this tribute to the 1943 film from producer Val Lewton and director Jacques Tourneur. Check out the rest of the album for "Night of the Vampire" and "Creature with the Atom Brain." A new version of The Evil One was released in September 2013.

5) "Blood and Roses" by The Smithereens - J. Sheridan Le Fanu's sapphic vampire Carmilla got a sexy update with the 1960 film of the same name, which then inspired this moody lament from The Smithereens. The song captures the vampire's sense of longing and exclusion from the world of the living beautifully, although most people who hear it probably don't recognize its cinematic roots.

6) "Werewolves of London" by Warren Zevon - This rocking werewolf anthem specifically calls out Lon Chaney Sr. and Jr. as its horror icons, but the title also recalls the 1936 film, Werewolf of London, which stars Henry Hull, Warner Oland, and Valerie Hobson. 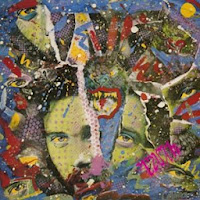 by the great Lugosi, who became immortal as Count Dracula but played many other memorable horror roles.

8) "Batman, Wolfman, Frankenstein or Dracula" by The Diamonds - Any classic horror fan can appreciate this song's theme and wicked sense of humor. The speaker in the song takes his date to horror movies because that's the only thing that turns her on: "She gets romantic, it's really quaint/ When all the other women start to faint."

9) "Monster Mash" by Bobby "Boris" Pickett - Here's another one you just can't have a Halloween playlist without. All of the classic movie monsters do the mash in this much-played rock novelty tune.

10) "Howl" by Florence + The Machine - This memorably Gothic track from the band's 2009 album, Lungs, uses the ominous motto from The Wolf Man (1941) as its refrain. "Even a man who is pure of heart, and says his prayers by night, may become a wolf when the moon is full..."

What are some of your favorite Halloween songs with classic horror connections? Let me know in the comments!

Posted by Jennifer Garlen at 7:23 PM