Mythmaking in America: Reflections on the Western 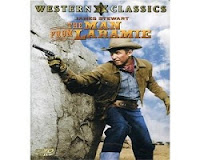 I have always loved Westerns. I started watching them when I was very young, and I’ve never lost my taste for them, even if Hollywood and the general public got tired of them years ago. It might seem odd, even heretical, for a liberal feminist scholar to admit to a yen for horse opera, but to me the Western represents the only truly American mythology, and as such it has endless allure, particularly to a cinephile who cut her critical teeth on Northrop Frye, Joseph Campbell, and the idea of the Jungian archetype. The Western is our Iliad, our Odyssey, our story of the founding of empire and the time of heroes. It is not and should never be confused with our history, but it is our story, a troubled, colorful, bloody, awful, funny, and brilliant tale with roots that reach far back into the very dawn of narrative. 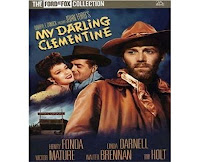 Like Achilles, Aeneas, and Odysseus, the heroes of the Western are soldiers, wanderers, and men who have greatness thrust upon them. They live in extraordinary times, although they often yearn for peace and domestic quiet. Certain actors embodied the types more evocatively than the rest: John Wayne, of course, but also James Stewart, Gary Cooper, Randolph Scott, and Joel McCrea. They had to look at home outdoors and on a horse, with a rifle slung across the saddle. They had to be able to stand out against the grandeur of the landscape around them. They didn’t always play nice, but they had to earn our respect if not our friendship. 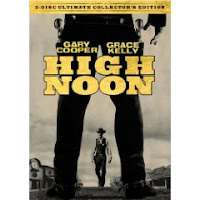 The time of the Western hero is not our time, a theme reflected in the many films that function as elegies. Like all myths, Westerns tell the story of a golden age that never was, and their regret at its passing is tempered with recognition that we live in a safer, better, more civilized age. Think of Tom Doniphon surrendering the future to Ransom Stoddard in The Man Who Shot Liberty Valance (1962). The gunslingers ride out when the films end, or they lie dead in the street, or they hang up their guns and settle down. Civilization moves in, the West changes, and the world of the Western is always past tense, presented with a swan song and a bow.

Women in the Western also follow the old mythic models. They are patient Penelopes guarding the ranch, contested Helens, and tragic Cassandras. Maiden, mother, and crone, they symbolize the transformative forces of civilization and family. A man who is not changed by an encounter with a woman is a beast, a savage beyond saving. Even Paint Your Wagon (1969) understands that code, but we see it in Shane (1953), The Gunfighter (1950), and dozens of other films. The actresses who played Western women had to embody that civilizing force but also be strong enough to survive on the frontier. We could believe in sturdy heroines like Maureen O’Hara or Yvonne De Carlo and tough matrons like Mildred Natwick. In High Noon (1952), even Grace Kelly has to pick up a gun. It takes smart, resourceful, true-hearted women to transform the wilderness and its wild men into farms and husbands, towns and fathers. 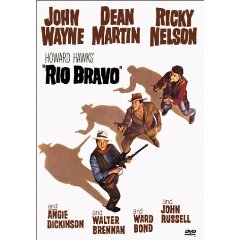 The Western has its flaws, of course. Native Americans were mythologized into bogeymen, especially in the earlier films, Mexicans and African-Americans appeared mostly as comic relief or second fiddle sidekicks, and other outdated notions about gender, class, and race plagued the genre’s heyday, as they did pretty much every other cinema genre of the same period. Movies are not history; they are stories that reflect the attitudes of their own day much more accurately than they reflect those of their settings. The prejudices of the early 20th century bleed into the Western more noticeably, but that’s because everyone has a gun. The Homeric epics and Shakespeare have similar problems, but scholars embrace them as part of the conversation rather than throwing the whole canon out.

I know a lot of people today who dismiss the Western because they feel that it doesn’t speak to them, but maybe they ought to listen differently to what it has to say. This is an old, old story being told, recast against a peculiarly American backdrop. It’s not just the story of cowboys and Indians, or white hats and black. It’s the story of the human quest to build civilization and find a place in the world. It’s the story of greatness and cowardice, struggle and triumph, hubris and defeat. Akira Kurosawa understood that, and so did Sergio Leone. They knew, like John Ford before them, that the Western is really a story for all time, a great myth always in the past but ever unfolding, endlessly retold. It sings of arms and a man. Tell us, O muse, of those heroes once more.
Posted by Jennifer Garlen at 8:34 PM