LEGO Addicts Know to Beware of Toys R Us Prices 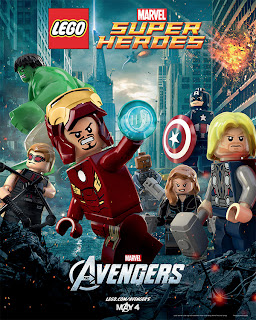 With all the awesome new LEGO themes coming out right now, plenty of people will be heading to toy stores looking for AVENGERS, LORD OF THE RINGS, and MONSTER FIGHTERS sets. Let me share some advice that serious LEGO collectors already know: stay away from Toys R Us.

The massive toy retailer regularly marks LEGO sets up 20%-30% beyond list price. That means that even when they're "on sale," you're lucky to pay the regular full price. Some items will be list, but you simply cannot go into the store expecting to pay a fair price or get some kind of "deal" because their ads claim that they have one.

You can sometimes get list price at Amazon.com, but it depends on the company that is actually selling the toy, so be careful there, too. For the best prices, shop in a LEGO Store, where you can get special promotional deals and points as a VIP member. The Shop-at-Home site is nice, but you'll have to pay shipping (and sales tax if there's a LEGO Store in your state).

As for other stores, Target tends to be slow about getting new sets, so you'll probably have to wait a while if you want to shop with them, but many of the new sets are already available on the Target website. Walmart can be hit or miss; some stores have more robust LEGO aisles than others. The prices, however, tend to be a few pennies below list.

Personally, I prefer to give my money to a locally owned independent toy store (Southerland Station here in Huntsville, AL) or directly to LEGO itself, but my loyalty is tempered by the overall costs involved and the speed with which I can acquire newly released items. The mega LEGO Store at Downtown Disney proved a huge disappointment recently when Shop-at-Home released the LORD OF THE RINGS line but the actual store didn't simultaneously get the items.

Many of the new sets coming out are high-end items, and consumers will be spending hundreds of dollars to purchase the full collections. Don't let unscrupulous pricing cheat you out of cash you didn't have to spend.
Posted by Jennifer Garlen at 6:05 PM