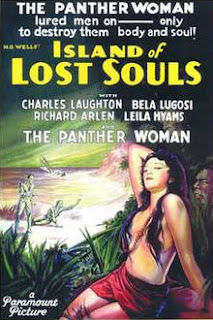 H.G. Wells’ disturbing tale of vivisectionist horror has been adapted for film several times, but the 1932 version of The Island of Dr. Moreau, titled Island of Lost of Souls, stands out for its chillingly effective performances and its sexually charged subtext. Directed by Erle C. Kenton, this Paramount production is not as well known today as contemporary Universal classics like Dracula (1931) or Frankenstein (1932), but the three movies have much in common, and Kenton’s picture holds its own against both of those iconic peers. In fact, Island of Lost Souls surpasses many other horror movies of the 1930s by retaining its ability to shock, frighten, and unnerve a modern audience, especially if they are paying attention that what is really going on.

The story follows the perpetually unlucky Edward Parker (Richard Arlen), who survives a shipwreck only to be cast ashore on a mysterious island by the unscrupulous captain whose ship picked him up.  The ship has delivered a cargo of exotic animals to the island, along with Mr. Montgomery (Arthur Hohl), who turns out to be the right hand man of the island’s master, Dr. Moreau (Charles Laughton). Parker soon discovers the inhuman nature of Moreau’s secret research, which puts his life in danger, but the arrival of his fiancée (Leila Hyams) at the head of a rescue party brings even more peril as Moreau sets his beast men loose upon the intruders. 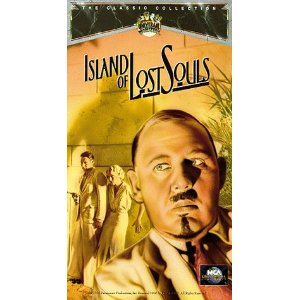 The monsters, of course, are the characters to watch. They are a fascinating menagerie of horrors, with teeth, fangs, and crooked limbs that suggest their weird origins as creatures very different from men. As Lota, the loveliest of the lot, Kathleen Burke convincingly inhabits the liminal space between predatory panther and island Eve, with beautiful but wild, unnatural eyes that watch Parker’s every move. Horror icon Bela Lugosi grins madly as the leader of the island’s bestial man; you might not even recognize him beneath all that hair. Charles Laughton, however, is the scariest monster of them all as the sadistic, obsessed Dr. Moreau, a man who wants nothing more than to mate his creatures with real human beings and see what results. Laughton plays the role with surprising restraint, but watch his eyes and the way they light up madly when he talks about his obscene work.

The humans can be a bit dense at times. Do they really think that the locals are just ugly, hairy natives of the island? They are, however, necessary to the plot, both as spectators who provide an outsider’s view of events and as potential victims for Moreau’s most ambitiously horrific plans. Parker’s fiancée, Ruth, is particularly important, since her arrival makes Lota’s wooing of Parker himself unnecessary. Moreau realizes that his beast men, already torn by a storm of unstable urges, will abduct and rape Ruth with only the slightest encouragement. Moreau cares only for the results of such an experiment; can his creations procreate with a human being? Astute viewers will shudder in horror and disgust at this prospect, which invests the whole story with a deeper and more lingering sense of menace. Even more terrible is the final scene, in which Moreau’s miserable creations exact a just but awful vengeance on their maker. 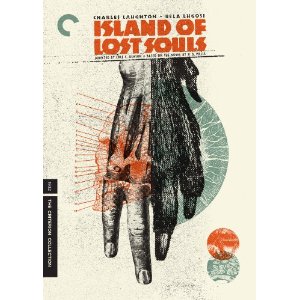 Rejected by more than a dozen US censor boards and banned outright in Great Britain, Island of Lost Souls also displeased H.G. Wells, but it remains the best adaptation of his story more than 75 years later. The 1977 and 1996 versions of The Island of Dr. Moreau both fail to live up to its standard.  For more from director Erle C. Kenton, try The Ghost of Frankenstein (1942), House of Frankenstein (1944), and House of Dracula (1945). The great Charles Laughton also stars in Ruggles of Red Gap (1935), The Hunchback of Notre Dame (1939), and Witness for the Prosecution (1957). Look for Leila Hyams in another shocking horror classic from the same year, Tod Browning’s Freaks (1932).

You can rent or buy Island of Lost Souls on DVD from the Criterion Collection. Their version also includes some great interviews with Rick Baker and other genre notables about the making and legacy of the film.
Posted by Jennifer Garlen at 11:49 AM