Ida Lupino and THE TWILIGHT ZONE 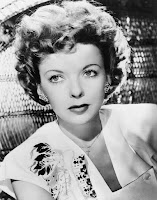 Ida Lupino is not as familiar today as screen icons like Bette Davis and Joan Crawford, but classic film fans know and love her work as both an actress and one of the few women directors working in Hollywood during the mid 20th century. If you're not familiar with Lupino in either capacity, you can get a quick introduction to her work thanks to The Twilight Zone, which features one episode in which Lupino is the star and one that she directs. Both are worthwhile episodes of the show, with Lupino proving that she had just as much to offer behind the camera as in front of it. Early 2020 is a particularly good time to see these Twilight Zone episodes because you can currently find four seasons of the series streaming on Netflix.

Ida Lupino started out as a young actress in England and then made her way to Hollywood, where she enjoyed her greatest success as a performer in films like They Drive by Night (1940), High Sierra (1941), and On Dangerous Ground (1951). Her acting career tends to overshadow her directorial work, partly because it was so difficult for women to succeed as directors during the studio era, but Lupino had better success directing episodes of television series. According to IMDB, Lupino achieved 106 screen acting appearances and 41 credits as a director, including eight episodes of Have Gun - Will Travel, five of General Electric Theater, and nine of Thriller. Although she worked on only two episodes, The Twilight Zone is an especially good introduction to Lupino because you can see her work on both sides of the camera with just a Netflix account and about 45 minutes of free time. 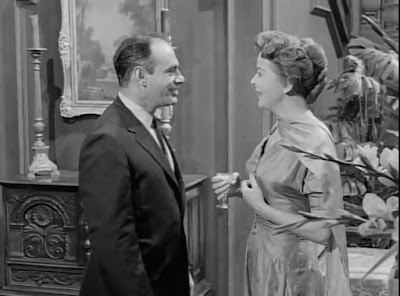 The first episode, "The Sixteen-Millimeter Shrine" from Season One, features Lupino as the protagonist, a middle-aged movie queen named Barbara Jean Trenton. Like Norma Desmond in Sunset Blvd. (1950), Barbara is a difficult woman unwilling to confront reality and obsessed with her own films, but unlike Norma Barbara actually manages to escape from that ugly reality by entering the world of the pictures flickering on the screen. The expected twist of the story occurs quite late, and since Barbara's wish gets fulfilled without ironic subversion it's not one of the show's more famous episodes. Lupino, however, looks great in it and gives a very solid performance playing a character type she certainly knew in real life. (For more Twilight Zone actress stories, see "Ring-a-Ding Girl" and "Queen of the Nile," both of which are also in the Netflix collection.) 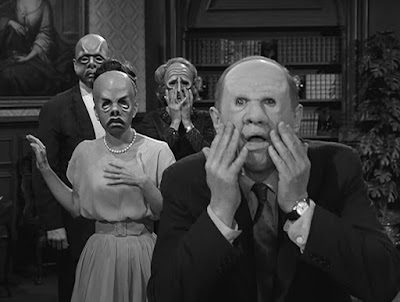 The second episode, "The Masks" from Season Five, shows Lupino's skill as a director. The story focuses on a dying old man who gets revenge against his greedy, awful relatives on the night of Mardi Gras in New Orleans. In order to get their expected inheritance, the relatives are required to wear hideous masks until midnight, at which point the old man dies and they discover that their true selves have been revealed. As the director, Lupino does a wonderful job conveying the shallow selfishness of the relatives and their growing horror as they finally remove their masks. The camera frequently focuses on the faces of the relatives in close-up; we see the ugly masks with their frozen mouths, but we also see the increasingly anxious eyes of the wearers. Vulture lists "The Masks" as #18 in its top 50 Twilight Zone episodes, and Rolling Stone puts it at #25 on their best-of list, making it an episode any fan of the classic series should definitely see.

If you watch and enjoy these two episodes of The Twilight Zone, track down some of Lupino's other work. In addition to the films mentioned before, you can find her acting in Moontide (1942), The Man I Love (1946), and Road House (1948). The Trouble with Angels (1966) is probably the most available of the films Lupino directed, but she both directed and stars in The Bigamist (1953), and her other directorial efforts include Not Wanted (1949), Never Fear (1950), and The Hitch-Hiker (1953).


Posted by Jennifer Garlen at 3:59 PM