Cozy Up with Acorn TV

When I'm not watching movies, there's a 90% chance that I'm watching a cozy murder mystery. I'm obsessed with them; I read a lot of cozy mystery series and enjoy them, but I love seeing the characters and stories embodied in television series. For the most part, the murder mysteries that I like best hail from the UK, Australia, and New Zealand. I'm not a fan of dark police procedurals or crime shows "ripped from the headlines." I want a cast of quirky, interesting characters, a distinctive and detailed sense of place, and an unusual murder (or three) for the audience to solve along with the detectives. Thankfully, the streaming service Acorn TV dishes up a wide variety of cozy mystery series from several different countries. 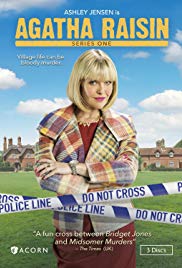 UK offerings include the venerable and beloved Midsomer Murders and the adorably quirky Agatha Raisin. I've watched every episode of Midsomer so far, but if you're new to it you've got enough entertainment ahead to last most of 2020. The show is famed for its dry sense of humor and hilariously dreadful murder methods (hint: never go on holiday in Badger's Drift!). Agatha Raisin has a delightful Scooby gang vibe with middle aged romance added to the mix; the relationships between characters on the show are dynamic and interesting without being maudlin. With only one season so far, Queens of Mystery is a newcomer that started very strong and has lots of room for future development, and its particularly knowing treatment of the genre is great fun for cozy fans. The British fare also includes a solid collection of Agatha Christie adaptations, especially the excellent Agatha Christie's Marple, featuring first Geraldine McEwan and then Julia McKenzie as the iconic sleuth. 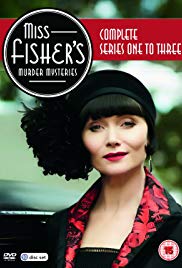 Australia is ably represented by Miss Fisher's Murder Mysteries, starring the fabulous Essie Davis as a 1920s private detective who lives and loves with equal abandon. Adapted from a wildly popular book series (I've read them all, and they're terrific), the Miss Fisher series is currently getting a second life with a feature film sequel that should appear on Acorn later in 2020. A spin-off, called Miss Fisher's Modern Mysteries, is also available on Acorn, with Geraldine Hakewell as a relative of the original Miss Fisher living in the 1960s. I enjoyed the spin-off but wasn't quite as enchanted by it as the original show, perhaps because the four episode series had less time to develop all of the interesting supporting characters. If you're looking for a particularly funny Australian murder series, Acorn also offers all 13 episodes of the tragically short-lived Mr. and Mrs. Murder, in which married crime scene cleaners solve murders and get entangled in ridiculous situations along the way. 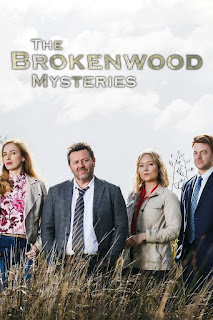 My last recommendation hales from New Zealand, where police detective Mike Shepherd (Neill Rea) solves murders in The Brokenwood Mysteries. Great leads, lots of fun recurring characters, and gorgeous scenery make this series one of my current favorites, with new episodes dropping on Acorn each week as the latest season is released. The show has a surprisingly strong first episode that hooks the viewer immediately, and later seasons build on that solid foundation. If you've exhausted Midsomer Murders and want something with the same mix of dry humor, murder, and detective work, this New Zealand show is the perfect choice.

Acorn TV has dozens of mystery series and other programming to choose from, but these are the shows I have especially enjoyed since I first subscribed to the streaming service in 2019. With new shows and seasons regularly appearing, Acorn has been well worth the cost of $6 a month or $60 a year. Do check it out if you're looking for great cozy mysteries to keep you warm through the winter!


Disclaimer: I am in no way affiliated with Acorn TV and received no payment of any kind for this post.
Posted by Jennifer Garlen at 3:01 PM