Classic Films in Focus: THE PRISONER OF SHARK ISLAND (1936) 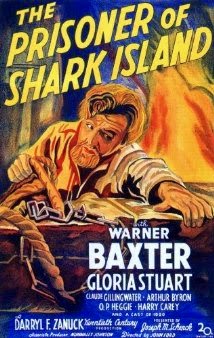 Like most biographical and historical movies, The Prisoner of Shark Island (1936) takes liberties with its source material, but for the most part it does so in the service of a more compelling narrative. The film's director, John Ford, has always been associated with a certain kind of romanticized historical moment, and Ford's hallmarks turn up in every facet of this period drama, including its themes, its use of music, and its cast. With Ford at the helm and Nunnally Johnson on the screenplay, The Prisoner of Shark Island delivers an exciting story inspired by the experiences of Dr. Samuel Mudd, the physician who set the broken leg of John Wilkes Booth and subsequently found himself imprisoned at Fort Jefferson on the desolate islands of Florida's Dry Tortugas. In the middle of the riveting action, classic film fans will find a number of favorite stars, including Warner Baxter, Gloria Stuart, Harry Carey, and John Carradine, whose performance as a vicious prison officer is especially effective.

Warner Baxter takes the lead as Dr. Samuel Mudd, who unwittingly aids Lincoln assassin Booth one fateful night in 1865. Tried by a biased court to appease an angry public, Mudd avoids execution but is sentenced to life in prison at Fort Jefferson, where horrific conditions make any term likely to end in death. Mudd's devoted wife, Peggy (Gloria Stuart), and father-in-law (Claude Gillingwater) strive to free him without success, even though a former slave, Buck (Ernest Whitman), serves as an inside man to assist Mudd in the prison. When yellow fever breaks out on the island, Mudd has the opportunity to save those who have treated him so cruelly and prove himself a better man.

Although most of the movie was shot on sound stages, Fort Jefferson was and is a real location, a perfect inspiration for this kind of harrowing prison tale. In its finest moments the picture captures the desperation of men trapped in such a place, especially when fever sweeps the island and critical supplies run dangerously low. Warner Baxter plays Mudd with vigor and intensity; he has particularly good scenes during his escape attempt and his bout with yellow fever. Whatever we might make of the real Samuel Mudd, this one clearly descends from the Count of Monte Cristo and the Man in the Iron Mask. Such characters require fierce antagonists, and Mudd gets a very sharp one in John Carradine's Sergeant Rankin, who delights in tormenting the doctor at every opportunity. Several shots offer Carradine's distinctively hawkish features in breathtaking closeup to make the most of every line and nuance in the actor's face, where we read his intelligence, energy, and cruelty as only a performer like Carradine can render them. Gloria Stuart makes a lovely sufferer in her scenes of anguish over Mudd's fate, while Harry Carey has a very solid role as the island's commandant, a good man who ultimately corrects the injustice done to Mudd.

Race ultimately proves a thornier problem for The Prisoner of Shark Island than historical fidelity, and the movie's depiction of black characters may explain why it is less celebrated today than other Ford films. Ford tries to show Mudd as a humane former slave owner and even a faithful friend to Buck, but at the same time he populates the screen with stereotypes who reinforce racist assumptions. In the picture's worst scene, Mudd approaches a mob of terrified black soldiers who have holed up together to avoid the yellow fever outbreak. Even though they are armed, the soldiers obey Mudd because they perceive him as a Southern master due to his voice and bearing. The encounter suggests that Mudd possesses an authority over the black soldiers that his Northern, non-slaver captors lack. It's not a particularly surprising attitude, given that Gone with the Wind (1939) and other movies about the Civil War South engage in the same tactics, but for the modern viewer such material can be very hard to take. In spite of those issues, the movie has enough going for it that it deserves some serious attention, especially from Ford fans, and it might usefully serve in a thoughtful discussion about Ford's engagements with race in his later, better known films.

Be sure to note the brief appearance of Frank McGlynn Sr. as Abraham Lincoln; the actor portrayed the president at least a dozen times, and you can also see him in the role in The Littlest Rebel (1935) and The Plainsman (1936). For contrast, try Ford films like Young Mr. Lincoln (1939) or the much more progressive Sergeant Rutledge (1960). Silent movie veteran Warner Baxter is not as familiar today as many other leading men of his era, but he won the Oscar for Best Actor for In Old Arizona (1928), and you'll find him in 42nd Street (1933) and the series of Crime Doctor pictures. See Gloria Stuart in The Old Dark House (1932), The Invisible Man (1933), and Titanic (1997). If you want to learn more about the real history of Samuel Mudd and Fort Jefferson, visit the National Park Service site for Dry Tortugas, or better yet make a special trip to see the island for yourself.


PS - I was inspired to watch The Prisoner of Shark Island by my own trip to Dry Tortugas National Park. Here are some photos of the real site that you can compare with the film's recreation of it. No, there were no sharks in the moat! 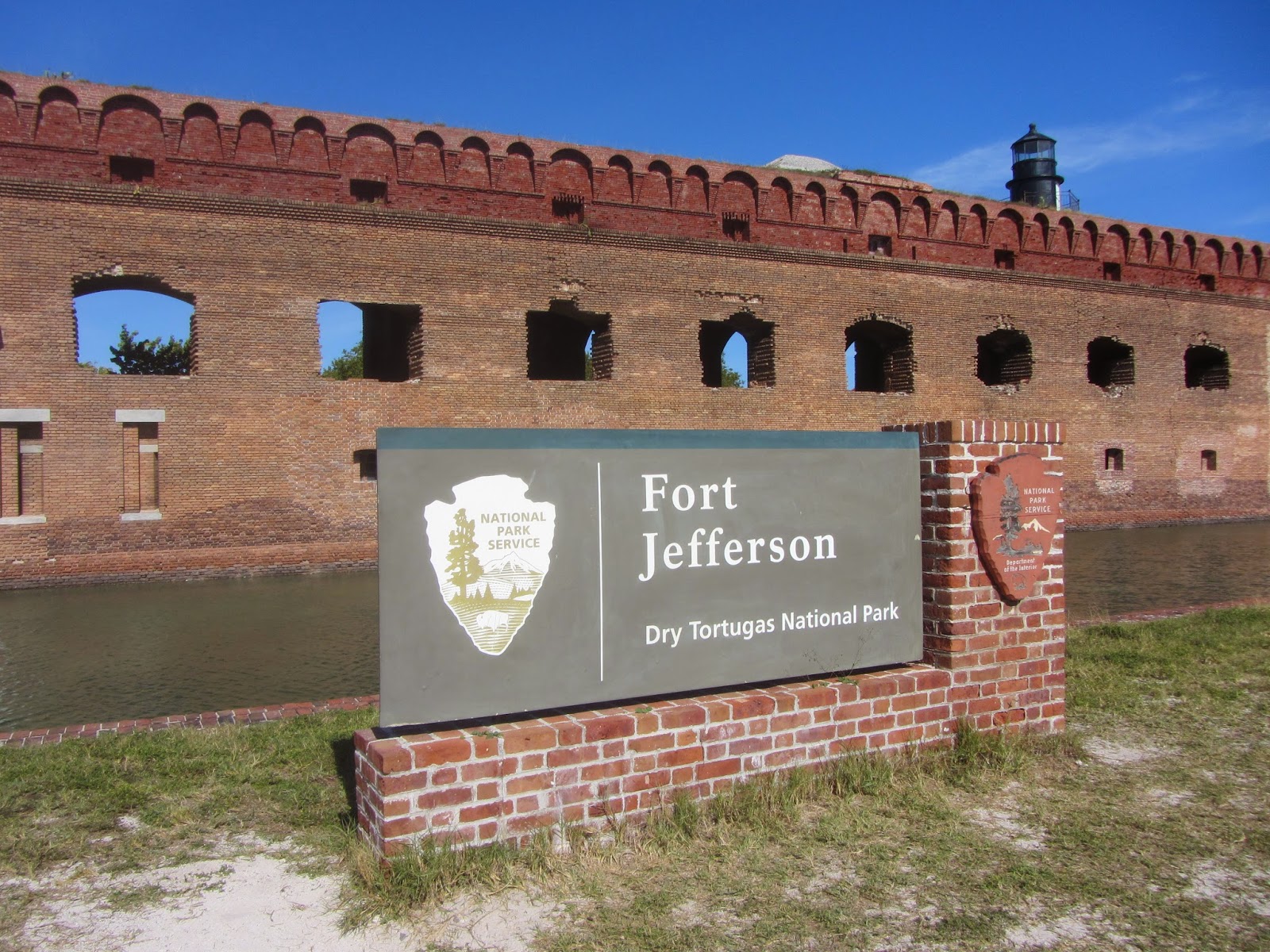 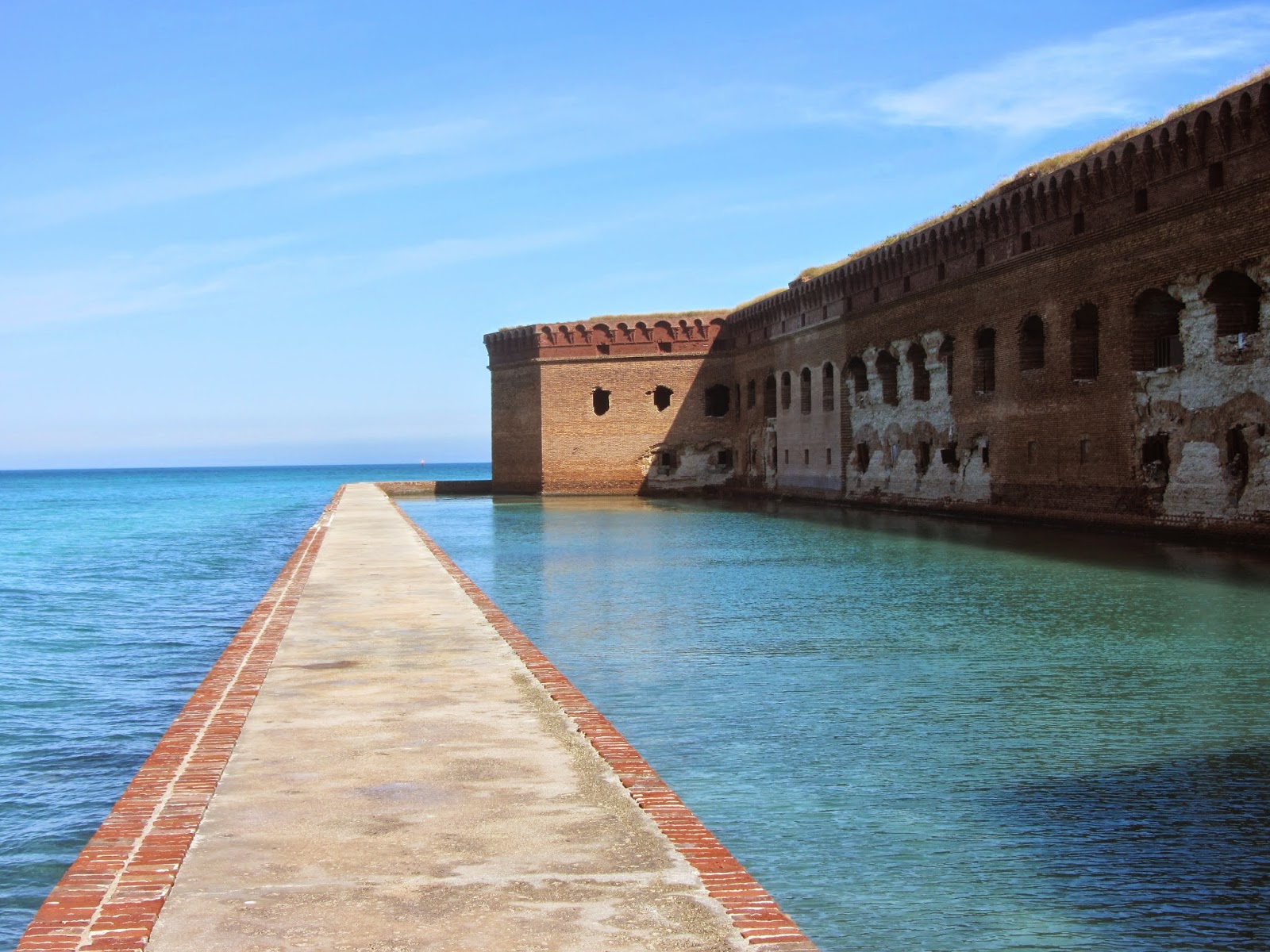 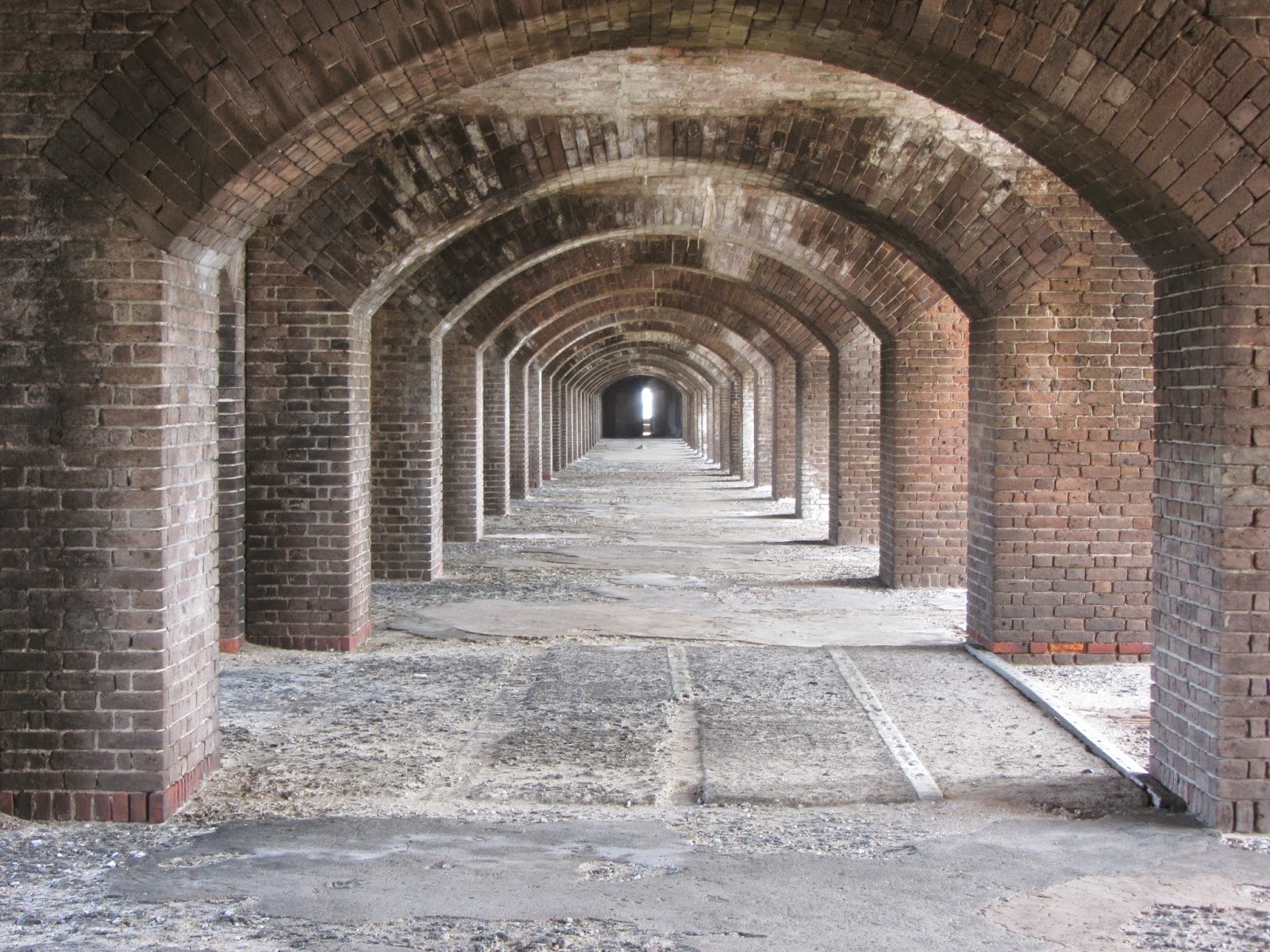 Posted by Jennifer Garlen at 2:48 PM