Being a 42 year old woman myself, I'm fascinated by the presumption of Tom Junod's recent Esquire piece, which opens with the statement that "there used to be something tragic about even the most beautiful forty-two year old woman." The essay has swiftly and justly provoked a chorus of mockery and retort from both men and women alike. What particularly caught my attention, though, was Junod's use of Anne Bancroft in The Graduate (1967) as his touchstone for the "old view" of the forty-two year old woman's tragic sexuality. For the record, Anne Bancroft was just 36 when she played Mrs. Robinson, while her supposedly 22 year old lover, Dustin Hoffman, was actually 30. Once Junod brought up the subject of classic films and the 42 year old woman, I couldn't help but think about iconic actresses and the roles they were playing when they really were 42. Let's take a look, shall we? 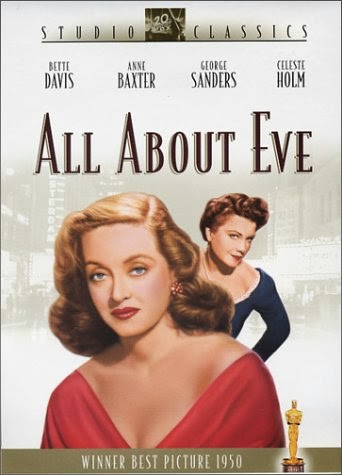 Bette Davis, born in 1908, turned 42 in 1950, the year she starred in All About Eve, one of her most celebrated films. Beautiful, successful, and certainly desirable, her Margo Channing was one of her greatest characters, and one who had a lot in common with her real-life self. The movie won six Oscars, including Best Picture, and Davis picked up her ninth Best Actress nomination.

Katharine Hepburn entered the world in 1907 and celebrated her 42nd year in 1949, when she gave Spencer Tracy every ounce of trouble she could muster in the marvelous comedy, Adam's Rib. Hepburn wasn't done, either, not by a long shot. She still had The African Queen (1951), Pat and Mike (1952), Desk Set (1957), and even Rooster Cogburn (1975) ahead of her. She would earn eight of her 12 career Oscar nominations after she was 42, and she would win three more times, all in the last two decades of her long screen career. Irrelevant? I think not. Tragic? Hardly. 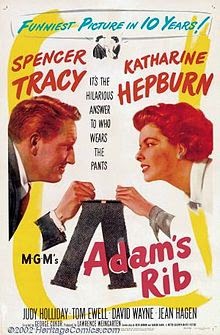 Claudette Colbert, born in 1903, was by no means fading at the age of 42, which she reached in 1945. She starred that year in Guest Wife, but she had bigger hits later on, especially with The Egg and I in 1947. Funny, sassy, and classy, Colbert also starred with John Wayne in Without Reservations (1946) and with Walter Pidgeon in The Secret Heart (1946).

Living legend Maureen O'Hara, she of the fiery heart and hair, was born in 1920. She turned in 42 in 1962, a year before her iconic turn in McLintock! (1963) with frequent leading man John Wayne. In 1962 she starred in Mr. Hobbs Takes a Vacation with Jimmy Stewart, and she reunited with Stewart for The Rare Breed in 1966. She was still yanking Duke's chain as late as 1971, when they made Big Jake.

Not enough for you? We're not even close to finished.

Ginger Rogers, born in 1911, turned 42 in 1953, the year she starred with Cary Grant in Monkey Business and more than held her own against nubile newcomer Marilyn Monroe.

Ingrid Bergman, who was born in 1915, turned 42 in 1957. She won an Oscar that year for Best Actress for her performance in Anastasia (1956). In 1958, she starred with Cary Grant in Indiscreet and with Robert Donat in The Inn of the Sixth Happiness. She still had two more Oscar-nominated roles ahead of her; she won Best Supporting Actress for Murder on the Orient Express (1974) and picked up her final Best Actress nod for Hostsonaten (1978).

Pause with me a moment to imagine any of these great ladies of Hollywood responding to Tom Junod's assertion that they were tragic because of their age at 42. Are your imaginary ears blistering yet? Mine sure are. Sic' em, Bette, Joan, and Kate!

Posted by Jennifer Garlen at 10:42 AM