Character actors always attract my attention, but lately I have been especially interested in Laird Cregar, who appeared in pictures for only five years before his death ended a very promising career that might have given Vincent Price a run for his money. Like Price, Cregar excelled at playing villains, particularly Gothic madmen, but unlike Price he was a 300 pound gay man who yearned to be a romantic lead. His effort to transform himself into something that the studio heads at Fox would take seriously ultimately killed him, which is all the more tragic because he was so very talented and charismatic. 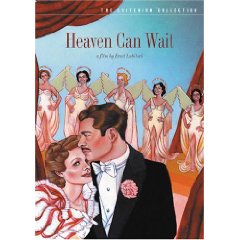 I first noticed Cregar in Heaven Can Wait (1943), a brilliant Ernst Lubitsch picture that features several of my favorite character actors, including Eugene Pallette and Marjorie Main. Now, I love Marjorie Main because she reminds me of my grandmother, and I'll watch just about any movie she's in, but Heaven Can Wait makes one of those magical chocolate/peanut butter combinations by pairing her with Pallette. Matching that duo for the viewer's attention in a film that actually stars Don Ameche and the glorious Gene Tierney takes real talent, and Cregar's part is really quite small, but he plays no less a figure than the Devil himself. It's hard to believe that he was only 30 years old when that picture came out, but during his brief career he generally played characters who were much older than himself. 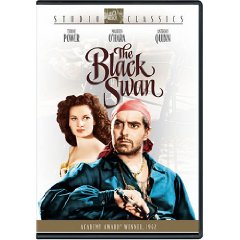 Cregar got my attention again in The Black Swan (1942), an Errol Flynn swashbuckler in which Cregar plays Henry Morgan (you know, the one they named the rum for). He makes a perfect pirate, and he's just hysterical in the later parts of the film. It's a fun movie all the way through, especially if you like old-fashioned pirate romps, which I certainly do, but Cregar is a real highlight. I think, had he lived, that he probably would have tackled other historical characters with great success; he would have made a fabulous Henry VIII, for example, and perhaps he would have matured into roles like some of those played by Charles Laughton, who was also a large actor and who played that king particularly well in The Private Life of Henry VIII (1933). 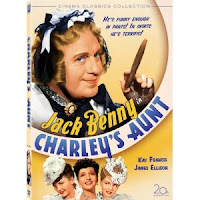 I was surprised to find Cregar yet again in Charley's Aunt (1941), a Jack Benny comedy based on the wildly successful stage comedy. Cregar has the dubious honor of making love to Benny's character on the assumption that Benny is actually a rich widow. Although he plays the father of another character, he was actually several years younger than the performer (James Ellison) playing his son! I don't know that Charley's Aunt is much watched these days, but it's a fantastic comedy, and it ought to be better known.

This week I watched two of Cregar's most important films, The Lodger (1944) and Hangover Square (1945). The two movies have a lot in common, largely because the second was meant to repeat whatever had made a success of the first, but the most startling difference is Cregar himself. He lost 100 pounds between the two shoots because he wanted his character in Hangover Square to show his potential as a leading man type, and he really does have a compelling face at the lighter weight, especially in the love scenes with Linda Darnell. Watching the two movies together makes for a really useful exercise in understanding Cregar as an actor. Both of his characters are crazed killers, but he invests so much personality and humanity into them, each in markedly different ways.

I'm planning to watch as many of Cregar's other films as possible over the next few months, especially Blood and Sand (1941), I Wake up Screaming (1941), and This Gun for Hire (1942). He has become like Marjorie Main and Eugene Pallette in that his performance in a character role justifies seeing a picture I wouldn't otherwise bother to watch. He's really that good.
Posted by Jennifer Garlen at 9:57 PM