The following post is adapted from a conference paper I presented at the Popular Culture Association in the South meeting in 2008. I'm posting it this week as part of the film noir blogathon, For the Love of Film (Noir), which is raising funds to help the Film Noir Foundation. 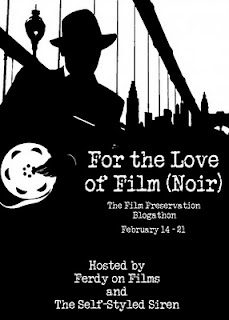 If freshmen can learn to love it, then film noir must be worth saving! You can help the Film Noir Foundation preserve and restore classic noir films by donating during the Film Noir Blogathon, February 14-21, 2011.
Posted by Jennifer Garlen at 2:00 PM