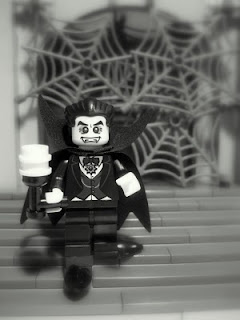 "The dead ride fast" - Stoker quoted an earlier work for this line from Dracula, but it still makes one of the novel's most haunting sentiments. At the very end of the 19th century Gothic timeline, Stoker created a story that would dominate what Gothic came to mean for the 20th century (and arguably for the 21st, too). I like Dracula for what it does with the Gothic and for its rich legacy, although, like many people, I find the vampire more compelling than the ostensible hero, Harker. I always appreciated the fact that Alan Moore liberated Mina from her all too conventional husband in The League of Extraordinary Gentlemen. Who wouldn't prefer Quincy - or Quatermain - to Harker? 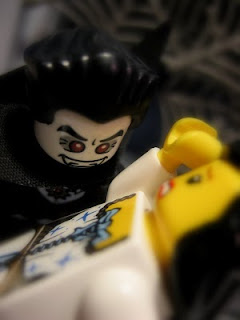 Dracula himself remains a powerful figure, far more dangerous than the shiny vegetarian vampires of Twilight and therefore infinitely more attractive. To be embraced by the Count is to fall into the seductive arms of Death, to surrender to the dark accompanied by the lullaby of one's own fading pulse, like the heroine of F.W. Murnau's pirated adaptation, Nosferatu (1922). Distant drums, and the rest is silence. The sublime aspect of horror depends upon the desirability of the deadly thing, and the Count exudes an exotic sensuality that few readers can resist. Lugosi's burning eyed Count in the 1931 film immortalized a certain idea of the vampire even as it left itself open to endless parody and subversion. Christopher Lee's undead anti-hero in Horror of Dracula (1958) had more bite, as it were, and a long, lean figure that better suggested his sinister romantic power. 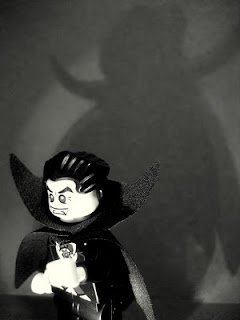 I have seen quite a few vampire films over the years, some good and some bad, and my favorites tend to be those that best understand the Gothic sublime, that union of beauty and horror that evokes both terror and awe in the viewer as well as the characters. I loved The Lost Boys (1987) as a teen, and it still has a wonderfully evocative subtext for the adult viewer. It's not the best vampire movie ever, but it does have its charms. Near Dark (1987) came out the same year and is certainly the smarter of the two pictures, although it never became as well known as the glossier Joel Schumacher film. Shadow of the Vampire (2000) is probably my favorite "modern" vampire film; Willem Dafoe is just a scream as Max Schreck, and it's such a fantastic revision of the making of Murnau's original film. Max's speech about how Stoker's novel made him sad is one of those movie moments you never forget, and the movie's wicked humor is brilliantly played. 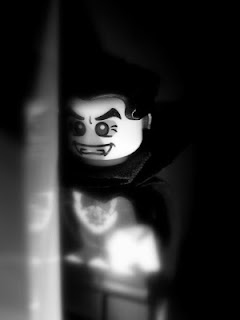 There are plenty of other vampire films lurking out there in the dark, waiting for you to stumble across them and succumb to their dark charms: Let the Right One In (2008), Dracula's Daughter (1936), Isle of the Dead (1945), The Hunger (1985), and Innocent Blood (1992) come to mind. The gender reversals are especially interesting.

The LEGO photos, by the way, have kept me busy this weekend. I stalk IMDB looking for good photographs to recreate in miniature. I had been thinking about doing something along these lines for a long time, but Alex Eylar's recent LEGO movie photos of the Best Picture contenders inspired me to quit thinking and get busy building.
Posted by Jennifer Garlen at 11:48 PM