Doctor Who at the Movies 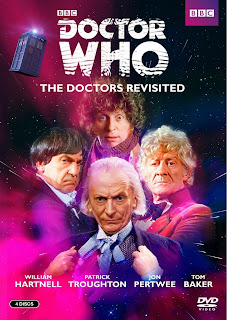 The 50th anniversary of Doctor Who is an excellent time to look back at some of the actors who have played the adventurous Time Lord in the long-running British television series. For many actors who portray the iconic character, the role defines their careers, but you'll find them in some interesting classic movies, as well. As most fans know, the modern version of the series follows the adventures of the Ninth, Tenth, and Eleventh Doctors (so far), but if we look back at the first four Doctors we find careers that overlap with the classic era and the films of the 1960s and 70s.

Of course, Peter Cushing was the actor who brought the Doctor to the big screen in Doctor Who and the Daleks (1965) and Daleks' Invasion Earth: 2150 A.D. (1967), but these two films are non-canonical for Whovians. Cushing was certainly a bigger star than any of the actors who had played the character up until that time, but even Cushing fans admit that these two movies aren't his best work. You're better off seeing him in Hammer pictures like Horror of Dracula (1958) or even the original Star Wars (1977), in which he makes a memorable appearance as Grand Moff Tarkin.

Here are the first four actors who played the Doctor and some of the films in which you can find them.


William Hartnell - The first Doctor has a remarkably long filmography, including a number of credits under the name "Billy Hartnell." His film career dates all the way back to 1932, but many of the British movies in which he appeared are hard to find today. Look for him in The Pickwick Papers (1952), Carry On Sergeant (1958), and The Mouse that Roared (1959), as well as the Richard Harris film, This Sporting Life (1963), for a glimpse of his work before he became the original Doctor in 1963.

Patrick Troughton - The second Doctor is remembered for his bowl-cut mop of hair and his penchant for playing the flute, but the actor who portrayed him turns up in some surprisingly impressive places. Patrick Troughton first appeared in movies in the late 1940s, and his early roles included a part as the Player King in Laurence Olivier's Hamlet (1948). You'll also find him in a bit part in Disney's 1950 adaptation of Treasure Island. Troughton makes additional appearances in The Black Knight (1954), Richard III (1955), and The Phantom of the Opera (1962), but the best and most interesting places to see him are probably in Jason and the Argonauts (1963) and The Omen (1976). Be sure to catch him in another Ray Harryhausen classic, Sinbad and the Eye of the Tiger (1977), which also stars Patrick Wayne and Jane Seymour. Although his filmography is filled with memorable work, Troughton really flourished with the rise of the small screen. He was a seasoned television pro by the time he assumed the role of the Doctor in 1966, and he continued to work in television until his death in 1987. 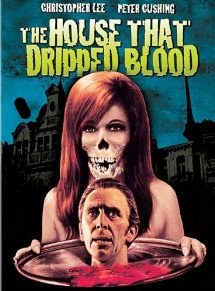 Jon Pertwee -  The third Doctor made fewer film and television appearances than either of his predecessors, but his first role was as early as 1938, when he had an uncredited part in A Yank at Oxford. Fans of the British Carry on films will recognize Pertwee in several of those pictures, including Carry on Cleo (1964), Carry on Cowboy (1966), and Carry on Screaming! (1966). You can also find him in A Funny Thing Happened on the Way to the Forum (1966) and The House that Dripped Blood (1971). In addition to playing the title role on Doctor Who, Pertwee starred as Worzel Gummidge in two different television series.

Tom Baker - The fourth Doctor is probably the most recognizable of the original incarnations, thanks to his trailing scarf, wild curls, and appetite for jelly babies. By the time Tom Baker began acting in the late 1960s, television was already a huge medium, and most of his roles would be on the small screen. Baker does, however, make a few interesting film appearances. In the 1971 movie, Nicholas and Alexandra, Baker plays Rasputin! The very best movie in which to see Baker is undoubtedly The Golden Voyage of Sinbad (1973); he has a great villain role as the evil magician Koura. Fans of British television will also know Baker as the narrator of Little Britain, and he had a recurring role on the popular series, Monarch of the Glen. 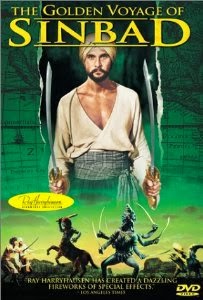 Some fascinating tidbits reveal themselves when we look at the early Doctors and their film careers. While they were mostly television actors, they were clearly active in the British film industry, making both "serious" pictures like Shakespeare adaptations and cult films like Hammer horrors. Ray Harryhausen's fantasy adventures also proved fertile ground, with both Troughton and Baker acting in Sinbad pictures. Today most viewers only know them for their role on Doctor Who, if they remember them at all, but each of the first four Doctors had a much richer and more diverse career than his stint on that one series. These actors costarred with big names, including Laurence Olivier, Richard Harris, Peter Sellers, Buster Keaton, and Gregory Peck. As we celebrate fifty years of Doctor Who this month, let's also celebrate the actors who played him first, and take time to catch them in a few of their other memorable roles.

Posted by Jennifer Garlen at 4:17 PM