Southern Voices on the Silver Screen 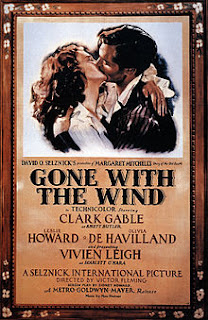 Hollywood has always had a complicated relationship with the American South and its inhabitants. In so much of the classic movie era, the South seems to exist only in the context of the Civil War; almost nobody appears as a resident of the region as it actually existed in the 1930s and 40s. Sure, the occasional hick or drawling belle shows up as an easy joke, but if you see Southerners represented in old movies you are usually watching a period piece with hoop skirts and cotton fields. Even then, the actors playing the Southerners weren't typically from there; Gone with the Wind was populated by Brits, not the sons and daughters of Dixie, and even Georgians who love the movie cringe at its tone-deaf, Tinseltown interpretations of a Southern accent (or Leslie Howard's refusal to attempt one at all).

Hollywood, however, became home to many native Southerners, people who might have given Vivien Leigh and Leslie Howard some much needed dialect coaching on the subtleties and diversity of Southern speech. We don't always recognize them as Southerners because success in show business often required the erasure of regional distinctions like accents. Actors from many parts of the world acquired voices to match the industry's homogenized image of Anglo-American whiteness just as they acquired new names and even new biographies. Southern accents were particularly undesirable for leads, since they connoted ignorance and backwardness instead of cosmopolitan sophistication or even all-American integrity. Character actors and comedians could get away with their native dialects to a greater extent, but sometimes they ended up feeding the negative attitudes audiences had toward Southern speech. It was a circular trap well known to actors from any kind of ethnic or racial minority.

I know something about how all of this works from personal experience. I grew up in rural South Georgia, where nobody ever told me that I had a strong Southern accent because everyone else sounded exactly the same. When I left the South for the first time, I was in high school, and I was stunned to be confronted by people who laughed at the way I talked, called me "Scarlett," and asked me if people where I came from wore shoes. The same thing happened, though to a lesser degree, when I went to college. In urban Atlanta, nobody sounded like me; peers and professors heard my accent and assumed that I must not be very bright. My History of the English Language class voted my speech "Most Pronounced Dialect" - I was actually asked to go to the professor's office and record it for the class to study. Embarrassed and determined to fit in, I quickly learned to change the way I talked, much to my mother's dismay, but I wanted people to hear what I had to say and not just the way that I said it. Today, you can still tell I'm from the South, but the voice of my childhood exists only on old cassette tapes. I have my own complicated relationship with my identity as a Southerner and the speech that comes with it.

That experience makes me listen carefully to Southern actors - and actors pretending to be Southern - in classic movies. Modern actors from the South do not feel pressure to change their natural speech except for specific roles (think of Reese Witherspoon or Channing Tatum), but the old studio system dictated actors' public personae to a far greater degree. This month I have been watching movies starring Savannah native Miriam Hopkins and trying to figure out how Southern she sounds. Sometimes I can hear it, especially if she's in a comedy, but in the dramas it seems fainter and less distinct. She sounds more like the other leading ladies of her era than someone who spent her childhood in Bainbridge, GA, where my uncle once pastored a church. In Tallulah Bankhead's dripping voice, however, I can always hear the tones of a moneyed Alabama upbringing, in spite of all the tobacco, booze, and globe-trotting for which the Huntsville born actress was known. I actually laugh out loud when her character claims to be from Chicago in Lifeboat (1944). Not with that accent she isn't! Like Dietrich and Garbo, Bankhead makes the otherness of her speech part of her allure, but she's an unusual example of the Southern type, and she never had a lot of success in Hollywood. Bankhead's costar in Lifeboat, Mary Anderson, was also from Alabama, but you'd never know it listening to her in that film.

The character actors are more interesting to listen to because their Southern voices tend to be more noticeable. Charles Coburn, also from Savannah, makes good use of his rich, refined Southern voice, and I absolutely love to listen to Una Merkel's snarky drawl. A Kentucky native, Merkel never became a leading lady, but she did make a Southern voice sound funny and street smart, and I wish I had known about her when I was young and painfully self-conscious about the way I talked. When she died in 1986, the Los Angeles Times obituary described Merkel's accent as "grits-thick," which doesn't sound like a compliment but I guess evokes some essential Southern quality in regions where people don't actually eat grits. I'm still partial to Star Trek star DeForest Kelley, whose film career started in the 1940s, because he sounds like a real Georgian. Of course, he was one, just like his most famous character, Dr. Leonard "Bones" McCoy. When I was a kid, hearing him on Star Trek filled me with joy. His was the first smart, authentic Southern voice that I remember from the popular culture of my youth. 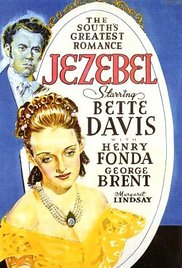 The fake Southern accents in classic movies usually sound awful; they grate on my ear the way Dick Van Dyke's bad attempt at Cockney irks actual Cockneys. For one thing they tend to obliterate all regional variation, and in reality there are as many distinct Southern accents as there are types of BBQ sauce (seriously, we have a lot of types of BBQ sauce, but the only true one ordained by God is mustard-based, and I will fight you to the death in defense of it). Even in 1944 Hollywood knew it wasn't doing right by Southern voices, as this article in The Evening Independent makes clear. The whole thing has the air of a joke, but of assumed Southern accents Tallulah Bankhead is quoted as saying, "I've never heard one on either stage or screen that did justice to southerners." Bette Davis and Henry Fonda try it in Jezebel, Gary Cooper attempts it in Sergeant York, and Leigh does her honey belle thing in both Gone with the Wind and, later, A Streetcar Named Desire, but they all achieve about as much authenticity as a Bugs Bunny cartoon (like this one, which is all kinds of problematic, and I'm warning you now not to read the comment thread.)

Today things are different in the movie industry. Stars like Andy Griffith and Elvis helped to make genuine Southern voices more familiar to viewers, and the modern South shows up a lot more often in films and television shows. Still, our larger cultural sense of the South and its voices remains complicated. It's true that the South can be its own worst enemy in terms of the rest of the country's opinion of it (I'm looking at you, North Carolina and Alabama; you've both been busy lately). However, there are plenty of progressive Southern voices trying to be heard, with or without a "grits-thick" drawl. I have to wonder, when I'm listening for Southern speech in classic films, how those voices are reflecting, obscuring, and shaping a culture's identity. Maybe you will, too, the next time you sit down to Show Boat or Tobacco Road.

If you're really curious, you can hear my voice on this episode of BBC Radio's Last Word, where I'm talking about Jane Henson. My segment starts around 22.08 minutes into the broadcast.

Posted by Jennifer Garlen at 5:15 PM