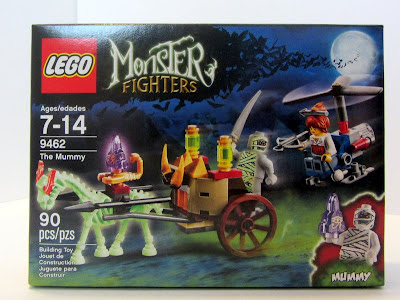 2012 is turning out to be a banner year for LEGO themes, with LORD OF THE RINGS and SUPER HEROES already taking shelves by storm and several new series of the hot minifigure line making their debuts. Still, the best new line for the AFOL crowd might well be MONSTER FIGHTERS, a horror themed collection with obvious connections to classic movie monsters as well as a decidedly steampunk sensibility. 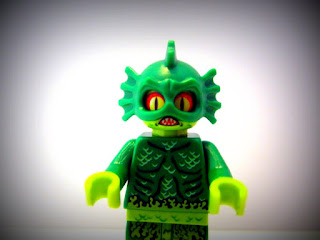 MONSTER FIGHTERS brings a lot to the table. The monsters themselves are solid updates of the previous monster minifigures released in the STUDIOS collection and minifig series. The new ghosts, for example, are especially welcome and feature some neat little details that make them more interesting overall than earlier versions. Additional zombie figs are sure to delight collectors who missed out on them in the original series of minifigs, bringing AFOLs that much closer to full cast recreations of Michael Jackson's "Thriller." Other great monsters include the Swamp Creature, Mummy, Vampyre, Vampyre Bride, Monster (and accompanying Crazy Scientist), and the improved Werewolf with Wolverine style claws for greater An American Werewolf in London gore. 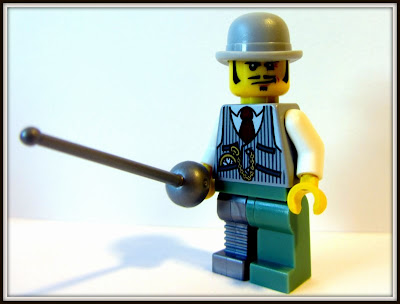 The fighters provide some long-desired accessories, including a fabulous bowler hat, a dashing epee, and some excellent steampunk body parts like a mechanical leg. I would personally like to thank whoever had the inspired idea to name one of the fighters Rodney Rathbone, an obvious homage to Basil Rathbone, who starred in a large number of horror movies in addition to playing Sherlock Holmes. The other fighter characters include Major Quinton Steele, rocking an updated variation on earlier British explorer figs, and the much-appreciated heroine Ann Lee, whose name evokes horror star Christopher Lee. As a group they're a good mix of classic Universal, Hammer, Corman, and 80s style horror characters, giving fans the opportunity to create a lot of interesting scenarios in their MOCs. 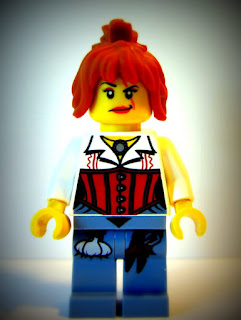 Unlike the LOTR sets, female figs are included in this collection, which merits several points of favor from the Virago. Ann Lee is even featured in a reasonably priced set, although the really glorious Vampyre Bride is only found in a high-end set. We'll also be getting a Zombie Bride later on this year, when the zombie set finally appears in the US. Thank you, LEGO, for not having the only female character be a victim this time! I doubt it will pacify the angry bloggers and media types who got riled up over LEGO FRIENDS, but Ann Lee is exactly the kind of female character I want to see more of in LEGO themes (hey, LEGO - EOWYN! - hint, hint!). I know as a female AFOL I represent an incredibly tiny niche, but it's nice to have characters like Ann Lee turn up in affordable sets in high profile roles. It makes me feel like LEGO cares about my business and the geek girl market in general.

The vehicles in the collection are a little hit or miss, but the parts in them can easily be cannibalized to make more interesting and less clunky cars. I admit that the vehicles are often my least favorite part of a LEGO theme, which explains my greatly cooled interest in STAR WARS sets. The MONSTER FIGHTERS line does a better job including play set structures and scenarios, with the $180 Haunted House due out this fall as the highlight of the collection. The bricks in the sets include some very handy pieces, especially for castle and town builders, and the glow-in-the-dark bricks are especially cool.

I admit that I'm hoping to see a lot more MONSTER FIGHTERS before the line is discontinued. So far, 2012 has been one of the best years yet for the AFOL community in terms of new themes that really attract our interest. Keep it coming, LEGO!

Posted by Jennifer Garlen at 5:04 PM