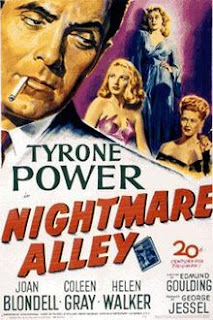 Every year of the golden age of Hollywood produced worthy films, but certain years turned out bumper crops of great classic movies. 1939 immediately comes to mind, of course, but other years also turned out scores of timeless pictures that still enthrall audiences today. Whenever I'm working on a compilation of classic film reviews for my Beyond Casablanca books, I always find that 1947 is one of those years, offering an embarrassment of cinematic riches where the worthy contenders always outnumber the space I can devote to them. It's an especially good year for film noir, but excellent dramas and comedies also abound; you can thank 1947 for as diverse a selection as Out of the Past, Miracle on 34th Street, The Ghost and Mrs. Muir, and The Egg and I. Since I can never get all the great 1947 films into a single book, here are the ones that I have, at least, posted reviews of here on Virtual Virago. Check out how many terrific pictures this one year produced!

BLACK NARCISSUS
BORN TO KILL
CROSSFIRE
DARK PASSAGE
THE GHOST AND MRS. MUIR
IT HAPPENED ON 5TH AVENUE
IT'S A JOKE, SON!
KISS OF DEATH
MIRACLE ON 34TH STREET
NIGHTMARE ALLEY
THE UNSUSPECTED


Here are the 1947 films that I review in Beyond Casablanca: 100 Classic Movies Worth Watching (which you can get for just 99 cents on Amazon Kindle, if you're so inclined). 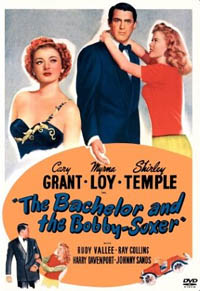 The Bachelor and the Bobby-Soxer is the sole representative of the year in Beyond Casablanca II: 101 Classic Movies Worth Watching (also 99 cents on Amazon Kindle). I had to make tough choices for that one to have room for films from the early 1960s, and the triple threat of Cary Grant, Shirley Temple, and Myrna Loy made it a choice that covered a lot of cinematic ground. It's also wonderfully funny and less familiar to many viewers than Grant's signature films.

But wait, there's more! Here are some other memorable films from 1947 that I haven't gotten around to writing about yet. This is just a partial list, but clearly there is work to be done.

What's your favorite film from 1947? If you had to pick just three to include in a book, which ones would you choose? I'll be thinking about that question myself as I work on my next book-length compilation of reviews.

Posted by Jennifer Garlen at 7:08 PM