Happy Halloween! This year I decided to celebrate spooky season with a LEGO tribute to one of the greatest horror movies ever made, Nosferatu (1922). Max Schreck created an iconic character as the creepy, plague carrying Count Orlok, the film's replacement for Count Dracula (because they couldn't get permission to make an actual adaptation of Stoker's novel). While the setting here is not strictly faithful to the familiar shots of Orlok in the doorway, I felt that the rats and spiders helped to convey the mood of the picture (you can't have Nosferatu without rats!).

Just like a vampire, this great silent movie rose again from the dead after Stoker's estate demanded that the prints be destroyed, and we're lucky to be able to watch Nosferatu today. The original film was remade in 1979 (with Klaus Kinski), celebrated in song by Blue Oyster Cult in 1977, and parodied to great effect in the 2000 film, Shadow of the Vampire, with Willem Dafoe earning an Oscar nomination for his delightfully weird performance as Max/Orlok. 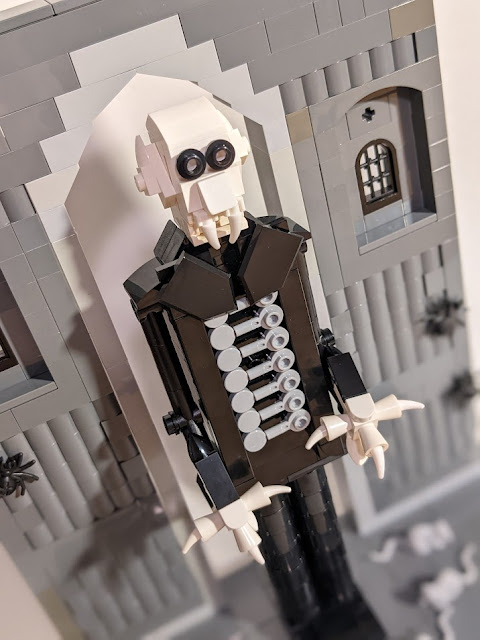 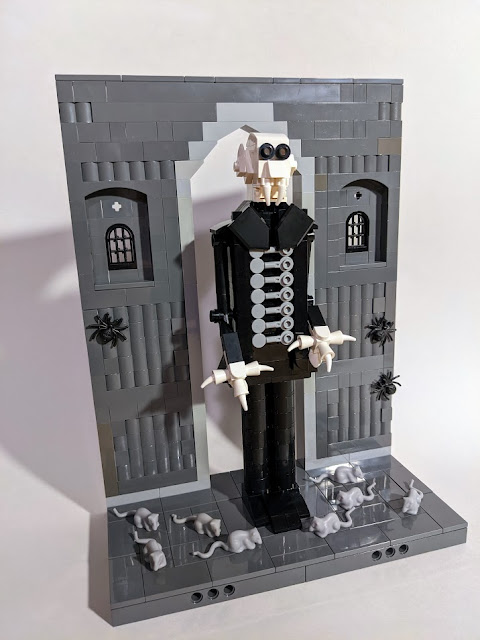 Posted by Jennifer Garlen at 11:01 AM