The End of FilmStruck

For the last six months my movie watching and review writing have been severely curtailed due to pressing work on other efforts, but I always comforted myself with the thought that FilmStruck would be there waiting for me after November 6 passed. Now, alas, the cruel corporate gods at AT&T have declared that FilmStruck is to end this month, and my comforting hope has evaporated. I only have two weeks left to enjoy the best movie streaming service ever to grace my television with its presence, and I can't seem to get through my long watchlist fast enough.

Originally I had doubts about FilmStruck because they seemed more interested in being an art house service than one with a robust catalog of classics, but once they teamed up with TCM they really took off as a platform for serious classic film fans. It was an especially welcome pairing to me because I love TCM but don't watch it at home, where we don't have cable. I was also annoyed by their lack of availability on Roku during their early rollout, but I signed up as soon as that became an option. Once I started using FilmStruck, I fell in love with its ever expanding catalog and delightful curation of spotlight collections. 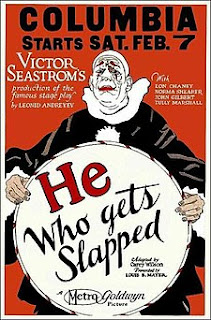 When FilmStruck leaves us, we'll be stuck with the lame offerings of Hulu and Netflix once again, and many of the movies I enjoy won't be available except as expensive made-to-order DVDs. I don't know where Criterion will go with its films, given that it ended its partnership with Hulu to move over to FilmStruck (and thus made Hulu practically useless except for watching Saturday Night Live without the commercials). Many actors and film directors are joining with fans to call for FilmStruck to be saved, but I doubt AT&T cares, which means that this holiday season is one that the Grinch is stealing from classic movie lovers. It's going to be a blue Christmas for all of us when we watch our last Lon Chaney silent or Ernst Lubitsch comedy at the end of November, and I'm thinking of telling my in-laws that I'm sick just so I can stay home on Thanksgiving and watch movies all day instead of putting up with small talk over the turkey.

With so many movies and only two weeks left, I'm trying to concentrate my viewing time on the hardest to find films, things I haven't seen before and am unlikely to be able to see another way. For me that means digging into the silents, especially the Chaney offerings like HE Who Gets Slapped (1924) and Laugh, Clown, Laugh (1928). I'm not going to bet on any future platform being willing to give so much space to silents. Warner is reportedly going to roll out some kind of new streaming service at the end of 2019, but given the way things have gone since the end of 2016 we could all be living in a Mad Max post-apocalyptic hellscape by then.

So, fellow FilmStruck fans, what movies are on your list for the last two weeks of streaming? Offer your suggestions in the comments below!

UPDATE: Later on the same day that I made this post, Criterion announced that they will launch their own streaming platform starting in Spring 2019. This is good news for folks who particularly value the Criterion titles, although we'll have to wait to see if the now also promised upcoming Warner service will cater to the classic movie fans who were more drawn to the Warner and TCM offerings. The standalone Criterion Channel will be $11 a month, and you can sign up now to become a charter member on their website.
Posted by Jennifer Garlen at 10:42 AM