Searching for Silent Treasure on Paramount Plus 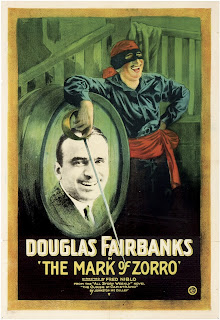 We signed up for Paramount Plus to watch Star Trek, which is probably why most people subscribe to the streaming service, but it has turned out to be a very interesting opportunity to watch classic movies that don't necessarily appear on other streamers. Classic movie fans still mourning the loss of Filmstruck mostly find their content on HBO Max, with its TCM hub, or the Criterion Channel, but the collapse of the DVD market has made old movies harder to find in general as streamers focus on original content instead of large libraries full of hidden gems. Venerable old studio Paramount, however, has less original content to offer and instead fills out its catalogue with lots of iconic and obscure features from its distant past, including a surprising number of silents. If you're looking for classic movies you haven't seen before, and especially if you're looking for silents, Paramount Plus might be worth your while, but the interface leaves the hard work of finding its buried treasure to you.

I originally wrote about classic movies on CBS All Access, as it was then called, back in 2020, so I wanted to follow up with a look at its current catalogue under the Paramount Plus moniker. The service still has quite a large collection of classic movies on offer, ranging from comedies and dramas to horror and Westerns, although your best method of finding them is to search the entire category A-Z for each genre because you can't search the library using people's names or general terms like "silent" or "classic." Mixed into the groups are numerous silent features, but you'll only identify them as such if you recognize the titles or click on them to get to a brief info page that includes the release date. You can follow one listing to a group of similar films, so once you find a silent picture you can more easily turn up others, but it's a haphazard method of discovery, for sure.

In spite of the effort it takes to find them, Paramount Plus does have some real gems tucked into its collection. Here are a few of the silent movies currently on offer: 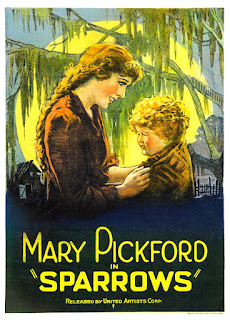 The films themselves come from several different studios, but the prints included on Paramount Plus seem, after a casual survey, to be generally good quality, unlike the unwatchable prints sometimes offered up by Amazon Prime. Thus far my experiences watching silent movies on the service have been good ones, even if I would really like a better way to search for them and better information about them in their listings.

Have you watched classic movies on Paramount Plus? Have you uncovered any hidden gems from the silent era lurking in its collection? I'd love to hear about it in the comments!

Posted by Jennifer Garlen at 2:57 PM