My Life at the Movies

I saw my first movie when I was only a few weeks old. It was The French Connection (1971); my young, cash-strapped parents had collected discarded bottles and cans to get together enough money for the drive-in show, and of course they took me along. I can’t say that I remember anything about it (probably a good thing!), but I have to wonder if something about those images flickering on the big screen affected me in some way. As long as I can remember, movies have mattered to me, and certain ones have served as the punctuation marks in the story of my life. 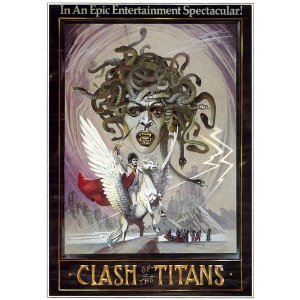 The first movie I actually remember seeing is Clash of the Titans (1981). By then I was nine years old, and I had certainly seen plenty of children’s films, particularly the usual round of Disney re-releases that hit the theaters every so many years. Still, the mythological epic was the first film to make a truly lasting impression. On the drive-in screen, Medusa appeared as a giant, shadowy terror, and the grand scale of gods and monsters became even more dazzling to my inexperienced eyes.
Other journeys into fantasy and science fiction were also watershed moments, forming a taste naturally inclined to flights of the imagination. The first movie I saw on VHS was The Black Hole (1979). My father, a pawn shop regular in those days, brought home a secondhand VCR at Christmas, and I was once again transported and terrified, particularly by the fiery hellscape of the final scene.
Movies could be hard to come by in the rural Southern town where I grew up. We had two theaters – a tiny, aging “walk-in” with two small screens and a drive-in with two big ones, although the drive-in often closed during the winter months. In the height of summer, when blockbusters abounded in the mid-1980s, you had your pick of a whopping four features in Jesup, GA! At home, we didn’t have cable until after I left for college in 1989, and my video rental choices were limited by the mom & pop stores’ spotty selection and my parents’ control over what I was allowed to get.
Still, I made do, watching Matinee at the Bijou on PBS and sneaking in forbidden cinematic pleasures at my grandmother’s house, where cable television and the preferences of a resident uncle presented war and horror pictures on a regular basis. It was there that I saw Poltergeist (1982), periodically running away from the screen when the movie got too scary but inevitably coming back again to see what was happening next. 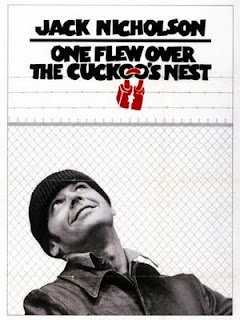 Then came the summer of revelations. As a rising high school junior, I spent six weeks at an honors program on a college campus in Valdosta, GA, and there I learned for the first time that film was an art, something that people could study and talk about in a serious way. I saw so many great pictures that summer, and each one made a deep and lasting impression. We watched Psycho (1960) and The Birds (1963), Night of the Living Dead (1968) and One Flew Over the Cuckoo’s Nest (1975), almost all of them movies I would never have gotten to see at home. They were scary, yes, but they were also smart, thought-provoking works of art, with a room full of eager, bright teens jumping at the chance to debate their merits when the lights came back on. To be one of them was magic, and it changed the course of my life. If college was like that program, then the sooner I went the better, and I made up my mind to apply for admission immediately. To everyone’s surprise, I think, but mine, I got in.
Thus I arrived on the Agnes Scott campus at 17, as enthusiastic and naïve a freshman as one could be. Now there were films in class, and campus film festivals on the weekends, and theaters bursting with all the latest releases, from blockbuster hits to obscure indie darlings. I saw midnight screenings of The Rocky Horror Picture Show (1975), classroom showings of Easter Parade (1948), and cult festival runs of The Cook, The Thief, His Wife & Her Lover (1989). My first dates with my future husband were movie outings; I think we fell in love partly because of a shared passion for motion pictures (and pinball). Those were glorious days, each one filled with something new to see or read or learn. I emerged from college an aspiring academic and a confirmed cinephile. 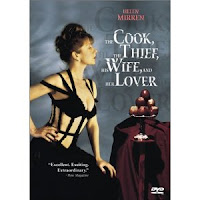 What happened next? I went to graduate school, read more books, watched more movies, and eventually began teaching those books and movies to others. It’s a great life, sharing things you love with other people, even if you get paid more in satisfaction than in salary. I look back on my life at the movies and realize how much they have mattered to me all along, even before I really understood what they were. As Norma Desmond says in Sunset Boulevard (1950), “You see, this is my life! It always will be! Nothing else! Just us, the cameras, and those wonderful people out there in the dark!” It's a grand thing to be one of those people out there in the dark, yesterday, today, and tomorrow.
Posted by Jennifer Garlen at 9:55 PM

Email ThisBlogThis!Share to TwitterShare to FacebookShare to Pinterest
Labels: movies